A vegan woman has questioned whether she was wrong to feed her boyfriend vegan food without explicitly informing him the meals were plant-based after he accused her of “tricking” him.

The question was posed on the RedditAITA [Am I The A**hole] subreddit this week, where the 21-year-old woman, who goes by username @TheElderAgrippina, revealed that John, her boyfriend of three and a half months, feels as if she “betrayed his trust” when he learned she’d been cooking vegan dishes.

In the post, the woman, who explained that she has been vegan for several years, said she was open about her dietary preferences from the start of the relationship, as she wrote that she told her now-boyfriend she was vegan the first time they went to dinner.

According to the OP [original poster], her boyfriend reacted nonchalantly to the news, with the pair quickly moving onto the next topic.

“It never really came up ever again as a point of discussion, though when he’s come over and I’ve made lunch/dinner, it’s always been vegan dishes,” she continued, adding that she’s never tried to “actively hide” the fact that the meals were plant-based.

However, she did note that when he asked what they were having and she would respond with dishes such as “burgers”, she “assumed that he knew it would naturally be something like Impossible burgers”.

According to the Reddit user, her vegan cooking became an issue on Christmas – for which she’d made a vegan lasagna as neither were able to travel to see their families this year – when the couple was watching a cooking show after dinner and one of the contestant’s began making a dish using meat alternatives.

“John commented how he hated when dishes pretended to be meat when it was plant-based and it was deceptive and gross and he would never eat that,” she wrote, explaining that she was “naturally very confused and pointed out that he’s eaten [plant-based meat alternatives] several times”.

When her boyfriend questioned what she meant, she said she explained that their dinner had been “entirely vegan with fake meat”, and that every meal he’s eaten at her home has also been vegan.

The clarification was met with anger from OP’s boyfriend, according to the post, as she recalled that he “accused me of tricking him into eating something he found disgusting and ‘forcing’ my diet on him”.

In response, the woman said she told her boyfriend it was a “stupid” thing to be mad about, at which point he compared the situation to “if he had tricked me into eating meat”.

According to the woman, she eventually texted her partner in an attempt to smooth things over. In response, however, John continued to express feelings of “betrayal” over the situation – and urged his girlfriend to apologise for “lying”.

“He wrote a few paragraphs about how betrayed he felt. He said that he hoped I understood how disappointed he felt that I would tamper with his food like that, and that something like this was a serious betrayal of his trust,” she wrote. “He said I should have disclosed that none of the food I ever made contained meat. He finished it by saying he would come over for New Years only if I apologised for lying to him. I got frustrated and said that I didn’t lie, that this wasn’t something I should apologise for, and he was being stupid and childish. He hasn’t replied.”

The post, which has been upvoted more than 12,000 times, has prompted thousands of comments from Reddit users weighing in, with many siding with the OP.

“NTA [not the a**hole]. What an idiot. He didn’t notice his own girlfriend was vegan. I suspect he paid zero attention when you told him you were vegan and has no memory of it,” one person wrote. “I’d dump him for that alone.

“On the bright side, good job serving such excellent food that he didn’t even notice.”

Another person agreed on the basis that it wasn’t “unreasonable” for the Reddit user to expect her boyfriend to “exercise a tiny bit of common sense and know that you, as a vegan, were eating and serving vegan food”.

Someone else assured the woman that she doesn’t need to apologise because, despite being a non-vegan, her boyfriend still eats vegetables and other foods found in a vegan diet, and that she did not “trick” him despite his claims.

“NTA. Vegans don’t eat meat. Non-vegans still eat vegetables. It’s not like you were giving him anything he couldn’t eat anyway,” they wrote. “And you didn’t trick him or tamper with his food. If he was detached from reality enough to think it was even possible that meals made and served by a vegan were somehow using real meat, that’s on him, not you. There was absolutely no good reason for him to believe that in the first place.

“And again, it doesn’t matter. He just ate some vegetables, which he was always supposed to do anyway. It didn’t contain anything he shouldn’t eat. There was literally nothing to disclose.”

The Reddit user concluded their comment claiming that the situation shows OP’s boyfriend is either a “huge immature whiner, an abusive gaslighter, or he really is genuinely just that dense,” but that “whatever the case, there are way better and way smarter men out there”.

The Reddit post also prompted some users to suggest that the woman’s boyfriend lashed out and became “hyper-defensive” from embarrassment over his failure to remember that his girlfriend was vegan.

“This is something he should laugh about forgetting, if anything. And him not noticing [the food was vegan] should be a good thing … apparently he does enjoy your fake meat,” they added.

The overwhelmingly supportive comments prompted a response from the OP, who posted an edit to her post in which she confirmed that her partner has never helped her cook dinner, but instead does other things such as setting the table.

She also reiterated that he has never asked about the ingredients in the dishes beyond what they were having, and that she would have told him the truth if he’d asked.

“He doesn’t ask about it other than ‘what are we having?’ and it’s not discussed that much while we eat. If he had asked where I bought the ingredients or how I’d prepared it it’s not like I would lie and say it was real meat,” she said.

The woman concluded her post acknowledging that, although this is the couple’s first “major” fight and she doesn’t want to “end such a great relationship over it”, she also doesn’t plan to apologise.

“I just feel like no matter how much I try to explain my point of view he keeps trying to make me sound like a villain. I felt like I was going crazy because this is the first time he’s made me feel like this,” she wrote. “I don’t think I’m going to cave and apologise for this though.”

Inform! Taking in your favourite snack in newspaper could guide to gradual poisoning

Wed Jan 5 , 2022
Irrespective of the FSSAI ban on wrapping and serving foodstuff in newspapers, the observe carries on mostly simply because of ignorance and ease of use Health professionals say that having street food items that has appear in get in touch with with newspapers could have severe wellness implications in the […] 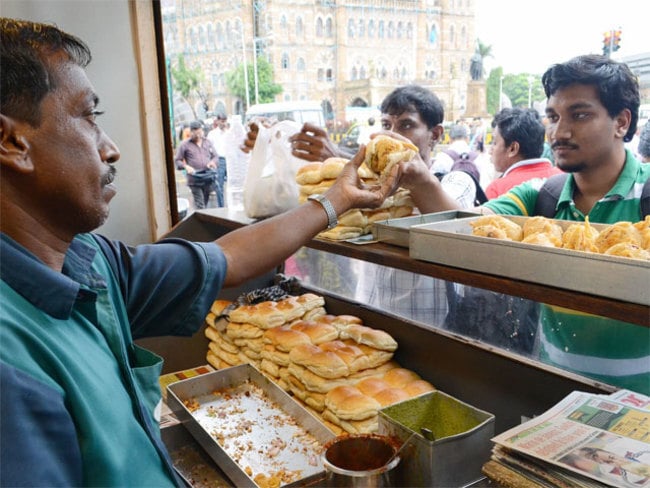