I was staring at an Impossible Burger when I decided what my “Best Restaurant” would be for this year’s issue. It was one of those “ground beef” patties, a collection of plant parts impersonating a burger, sizzling in its trademark kinda-glory, suffusing our Ocean Beach apartment with the primal scent of hot legumes. My wife “cooked” it. Claire, for all her formidable skills, is more of a “food heater.” As if looking out for her personally, Impossible Burgers need merely a pan and a flame for a quick-and-dirty work lunch.

I am continually dumbfounded by this little marvel (Note: Impossible Burger does not pay me)—a chorus of chlorophyll that food scientists somehow made “bleed.” It still shocks me how close it is to the real thing. Up until the last half-decade or so, a veggie burger was a puck-like mash of black beans, twigs, birdseed, and misery. Growing up, I always remembered vegetarians being thin and lithe—possibly because their diet was healthier than mine, or possibly because they had little to no interest in eating the terrible food of their people.

Claire and I are still omnivores. I still use bacon as a joyful verb. But more and more, we choose plant food. We have our reasons, but they’re not important right now. Because my selection of a vegan death metal restaurant as the city’s Best Restaurant in 2021 had nothing to do with expressing food philosophy or politics.

It was an acknowledgment that A) in the US, plant-based food is now some pretty amazing stuff, and its cultural cachet has never been greater, and B) in San Diego, Kindred is its star. Put very simply: Kindred took a once off-putting scene—veganism—and made it an attractive place for everyone.

I have friends who recoil as if freshly tazed when they hear the word “vegan.” “Look at it this way,” I tell them. “At least your side dishes are getting better. It’s no longer just a rib eye and some pale broccoli that tastes like butter and steam.” Even those friends would be charmed by what this little restaurant in South Park is, and what they’ve done.

Warning: I’m going to paint with broad strokes here, and wildly stereotype an entire part of our culture. Let’s be clear. I know some very nonjudgmental vegans who just want to share the joy of plant-based cooking. But let’s also be clear: some of the most intolerable, opinionated people I know are vegans. The kind of people who seem to insert their food politics into any conversation. “The thing about bitcoins,” they might say, “is that it takes 1,800 gallons of water to raise a pound of beef.” While the pursuit is admirable—eat plants, not animals—somewhere along the way the execution became elitist and proselytizing. It became a Culture of Should—telling us what we should be doing. No one likes being Shoulded.

I will also vilify myself. Maybe my gross generalization is just a projection of my own guilt over still eating meat. I could very well be projecting my interior dissonance on them. Maybe the intolerance is mine, refusing to hear perspectives that don’t align with my own.

But there’s more. For years, I found most vegan restaurants to be a huge bore. Since veganism was cast as a lofty, quasi-spiritual and humanist pursuit, the restaurants specializing in it tended to have a sanitized, yoga-studio, car-dealership-for-Plant-Jesus sort of vibe. White walls, soothing furniture, some mixture of Yanni and John Tesh whale-songing from the speakers, a numbing quietude.

And Kindred managed to make a place free of all that. They took all of the cultural and political baggage out of veganism and just created a rad place for even the most bacon-reeking food lover to come and enjoy a meal and a craft cocktail. There’s a massive demon on the wall. The pink wallpaper is subverted with Tolkien-on-shrooms images. There is doom metal music. The food is indulgent, decadent, and excellent. The cocktails are heady and creative and worthy of an obsessive’s dedication to the craft.

It’s a party, not a parish. In managing to pull this off, they did more for plant-based and vegan culture than any pamphlet or statistic will ever do.

And that’s why, ogling in wonder at that Impossible Burger, I decided it was time to really sing the praises of one of the coolest restaurants in America.

Tue Sep 14 , 2021
A Jersey Shore LGBTQ landmark is temporarily closing its doors amid a change in ownership. The Hotel Tides in Asbury Park, a Seventh Avenue staple since it opened in 1885, will close its restaurant Sept. 27 and its hotel Oct. 1, owner Sandy Morrison told NJ Advance Media Monday. The […] 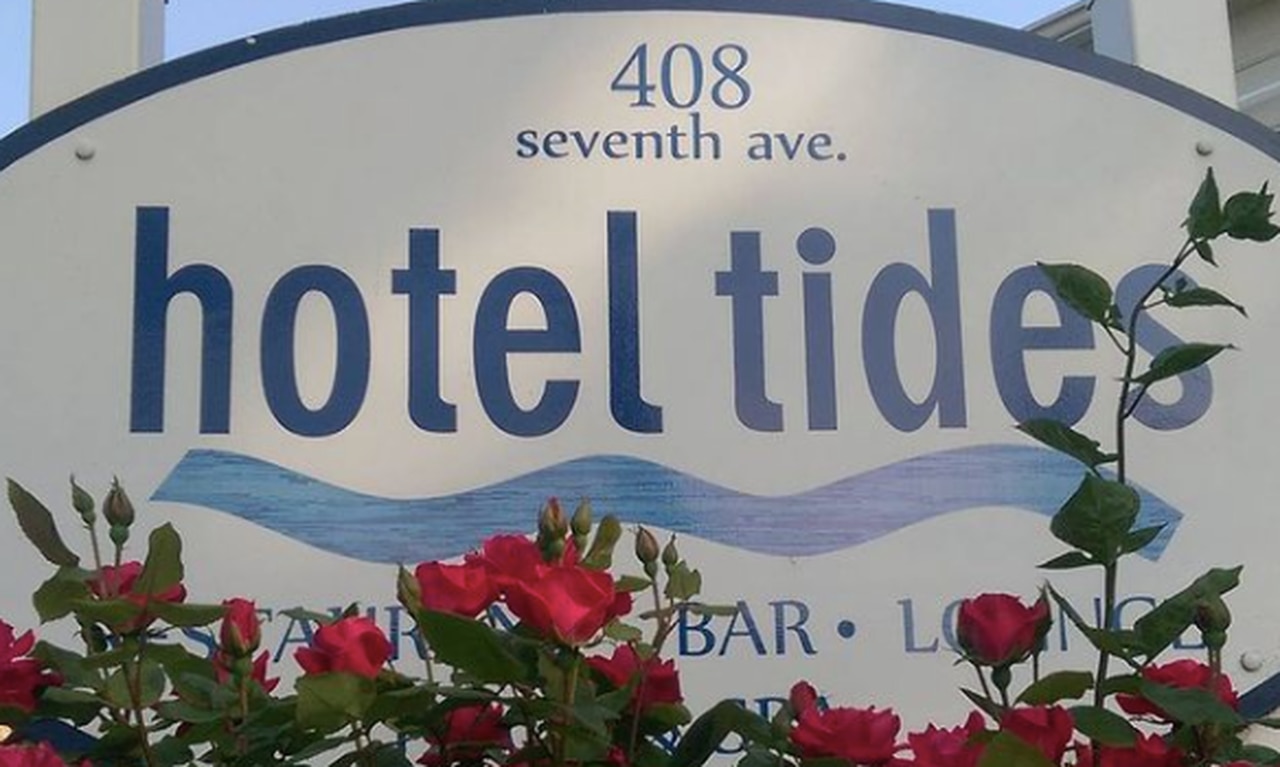