Picture this: It’s Friday night, or Sunday afternoon, or maybe even some holiday weekend. After a hectic week of working and also playing hard, you finally have a little time to crack open your favorite cooking blog and head into the kitchen. There are so many “quick” and “easy” culinary delights to choose from: low-effort dishes that New York Times food reporters and editors make when they’re too tired to cook, 15 staple recipes the Bon Appetit staff turns to when there’s nothing in the fridge, or even 11 frozen meals that Washington Post food staff turns to in a pinch.

But today you’re just not in the mood for those smug “we may be professionals but we’re just like you normies” recipe recommendations. It’s time for a truly honest suggestion from our staff to you: the dishes that Gawker employees pull from their back pocket when they feel like toiling away for hours in front of the stove only to produce some truly repulsive slop that they somehow have to choke down or risk further self hatred. Hope you’re hungry… for disappointment.

Anything in a slow cooker

Years ago, I bought a slow cooker because I was suffering from a delusion: that I would expand my cooking repertoire multifold if only I could chuck various ingredients into a slow cooker, turn it on, and return home at the end of the day to the aromas of a rich, belly-warming dish. But I realized soon thereafter that, as a general rule, I do not like mush as a texture, and that everything that goes into a slow cooker — even if you brown it in a pan first, thus defeating the promise of the “dump and go” premise — is rendered mush. Each time I tried a new dish in my slow cooker, whether it was some version of aloo gobi or a sausage dish (back when I still ate meat), it sucked and I would get so blindingly furious. In the end, I always made myself eat what I could before finally throwing away the rest in defeat, fuming. — Jenny G. Zhang

Sometimes I try to make a “garbage salad” using whatever ingredients I have in the house, but I never have any vegetables because I don’t like them. So my salad ends up being lettuce, anchovies, raisins, parmesan, and a vinaigrette that I also hate. I don’t recommend it. — Leah Finnegan

A little less than a year ago I made General Tso’s chicken at home. I pulled out all the stops and deep fried the chicken and everything, which was very ambitious because it was the first time I had ever deep fried, and historically I’ve stayed away from too much hot oil after seeing that video of the guy making frozen fries and burning his house down.

The chicken was extremely good and delicious, but I have NEVER been able to do it again. I promised multiple people — including my girlfriend and my mom — that I would make it for them, but every subsequent attempt has been below mediocre at best: not crispy enough, not cooked through, or somehow too crispy and not cooked through, etc. Now I haven’t attempted to make it in about four months. I know that it’s a fool’s errand, but every once in a while I think, “Maybe now I have what it takes.” (I don’t.) — Jack Koloskus

If it’s six o’clock on a weeknight and I haven’t eaten in two grueling hours, I’ll often think to myself, rabid with hunger that could only really be sated by eating a horse or a full raw potato, “Time to make an easy plant-forward supper inspired by the nostalgic flavors of a Japanese hibachi chain.” One of my go-tos is ginger miso eggplant, usually with this recipe as guidance, because it bills itself as a two-step process: bake and glaze.

But this two-step process shakes out to be like eleven steps and five hours. Eggplant is so spongy that to brush it with oil, as Step 1 asks of me, I must first cut the eggplant, salt it, and allow it to dry out on paper towels. This takes anywhere between one and three hours. At the end of this waiting period, I always discover that my personal assistant and sous chef Jonathan [ed. note: he does not exist] has not preheated the oven to 425 degrees. Getting the broiler hot after 20 minutes of baking, which is the eighth or ninth substep under Step 1, takes an additional hour. And it always takes a while for me to work up the gumption to put a pan in the “upper third of the oven” because ouch, hot! That’s another hour.

My beautiful unplated dish turns out either underwhelming or disgusting, plus I’m a little allergic to nightshades, which I always forget until my mouth becomes numb. I never can find my sesame seeds for garnish, either. — Claire Carusillo

Sometimes I like to put salmon in the oven with some citrus on it and cook it in there for a while. Always turns out like shit. — Kelly Conaboy

At some point in my life I stumbled upon this New York Times “recipe” for chickpeas with baby spinach on some kind of list of easy weekday dinners, and it has followed me ever since. It consists of canned chickpeas cooked with garlic, onion, tomato paste, and some very basic spices, then simmered in stock for ten minutes, and then mixed with a lot of spinach. It is by no means “good,” but I have made it approximately once every two weeks for somewhere between the last three and 10 years. Sometimes I substitute crushed red pepper for cayenne, or harissa for tomato paste. Sometimes I serve it with yogurt, or maybe I’ll even whip up some tzatziki (opa!). If I have pita I’ll make it “Mediterranean”-style, otherwise I’ll put it on toast for a more Californian feel.

It pretty much always tastes the same: a very basic “healthy” vegetarian dinner (and lunch the next day). However, it has come to serve a somewhat profound role in my life as a barometer of my emotional and mental state on any given night. Eating it is such a gustatorily neutral experience that my taste buds kind of check out and my heart does most of the reacting. If I’m feeling fulfilled, calm, and healthy, I think it’s delicious, and I’m proud of myself for not succumbing to the temptation of takeout. If I’m stressed or feeling down on myself, I cannot believe I spent my actual time making this goop again, which has never even tasted good, you stupid fucking idiot. It’s important to find ways to check in on yourself. — George Civeris

I sometimes drunkenly order grilled cheese delivery at 4 a.m. like an NYU freshman, and it is always disgusting. I’m always like, maybe this new diner will get it right. They never do. No one should ever order a grilled cheese delivery, both for ethical reasons and also because it just gets, like, globbed in transit, and the cheese becomes all gluey and not melted. I am pathetic for doing this. — Jocelyn Silver

Thu Oct 28 , 2021
Restaurants The publication honored restaurants in five categories. Contessa at The Newbury Boston. Douglas Friedman Lookout Rooftop is one of America’s best restaurants for a date, according to OpenTable Boston magazine just released its annual list of the 50 Best Restaurants in Boston and Beyond, a round-up of the top […] 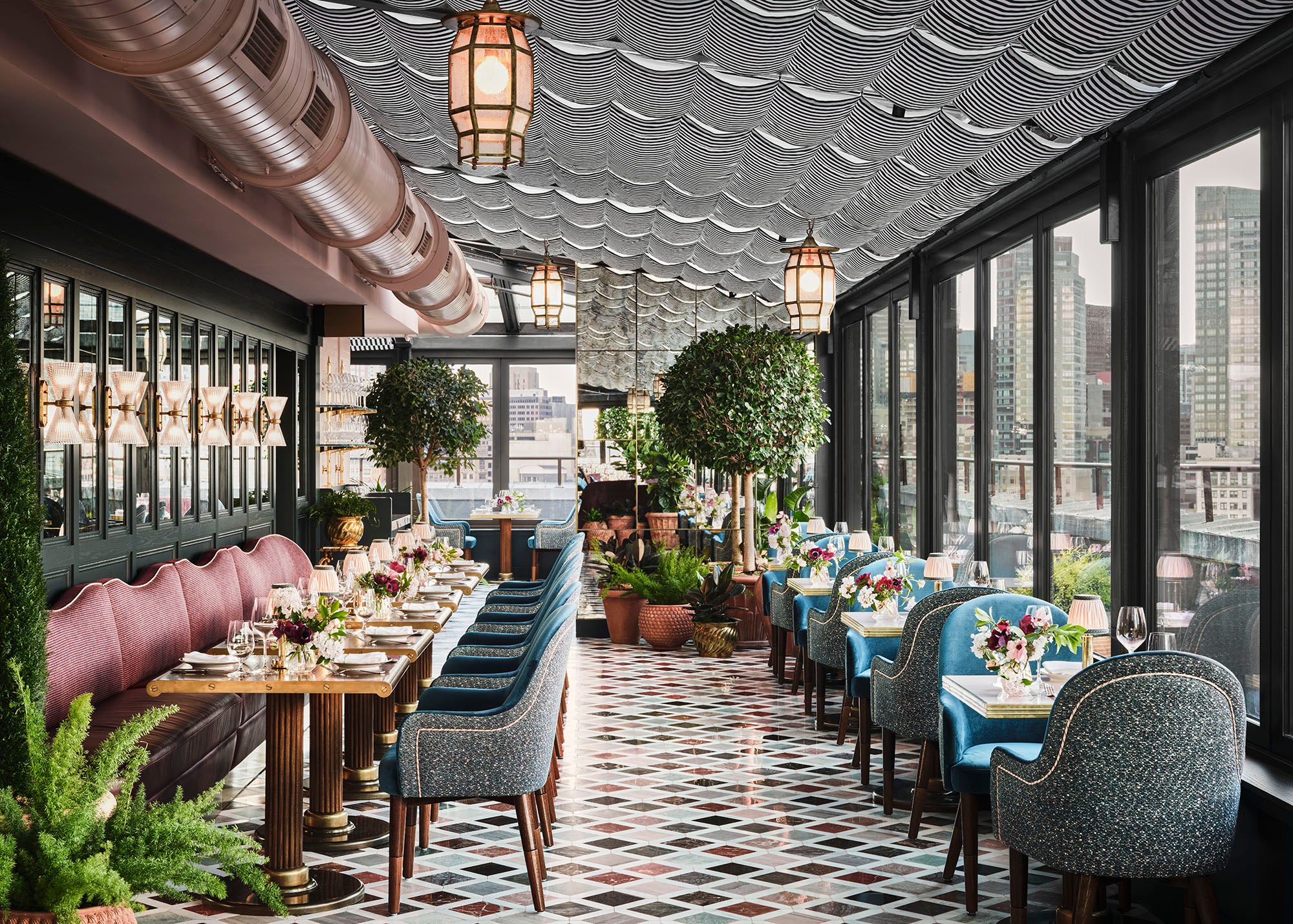