The Wu-Tang Clan’s RZA stopped eating meat during the groups early nineties breakout, and he’s been full-on vegan since 2000. He says the fact that it’s better for the planet was a big part, but it really comes down to feeling good about what he’s putting into his body. “Think of it this way: If you had a decision to drink a cup of dirty, foggy water, or a cup of clean water—why wouldn’t you choose the clean water?” he says. “In my eyes, it’s being aware of what you’re putting into your system and making smart choices.”

The RZA says maintaining his diet has gotten much easier over the years. He’s a fan of the new “comfort food” options like Beyond Burgers—in moderation. So it makes sense that he’s partnered with vegan cheese brand Violife to award $20,000 each to five Black-owned restaurants that offer plant-based meals, all of which were hit hard by the COVID-19 pandemic. “These spots are pillars in their communities, often in mostly Black areas. They’re offering plant-based menus, and as a result, are improving the health of their people. It’s all about good food and good culture.”

GQ recently caught up with the leader of the Wu-Tang Clan to talk about all things plant-based eating, his favorite store-bought meat alternatives, and unpack his 20-minute-or-less fitness routine.

GQ: When did you go vegan?

The RZA: Well, I went vegetarian at first in the early 1990s. I started first by stopping red meat, then poultry. It was hard to let go of the chicken wings. Then turkey burgers, then fish. I was okay with butter and eggs, never really was a milk guy. When 2000 hit, I removed both of those things.

Do you feel better?

Oh, for sure. I think it’s important for us all to be aware of the benefits of a plant-based diet. It’s actually better for the planet. I honestly think that you are what you eat. If I’m making a piece of meat, pumped up with steroids from an animal—I’m ingesting his blood. How is that good for me?

In the early days it was hard for me to find options and things to eat. As a hip-hop guy, I was traveling overseas often. I may be able to go without meat, but then there would be cheese options and those are no-gos, too. With time, substitutes started making appearances, but I still try to lean into these “comfort foods” only once in a while. A lot of establishments are adding Beyond or Impossible burgers to their menus, and that’s a step in a cool direction.

What do you mean by “comfort foods”?

I gotta say I’m thankful for things like Beyond Burgers because when I go to the airport I may be able to have that instead of just a bunch of whatever on the plane, but that doesn’t mean I’m going to eat them all the time. Just because something is vegan doesn’t necessarily mean it’s good for you. Like, there’s this place by my house that makes these fresh spring rolls, but I know they aren’t the healthiest thing for me, so I only have my assistant grab them every once in a while.

I usually start my day early [RZA says depending what’s on deck, he’s up between 4:30 and 6 a.m.] with some tea, but if I’ve really got to deal with the world — then I may choose coffee. Water, too. I don’t eat anything until after I exercise, and then it’s a lot of fruit. I keep it simple, like watermelon and banana, maybe some oranges. That’s all until around 5 or 6 p.m. aside from water.

What kind of fitness are you into these days?

I’ve really gotten into using apps for my fitness especially over the past year. I’ve been using Better Men and Muscle Booster. I love a 20-minute or less workout, especially because some days I only have so much time and I can pop out into my backyard and hit a workout and feel like I really did something. I also like boxing and I’ll do some cardiovascular stuff, calisthenics. I know it’s important to move. These apps, they even have 7-minute workouts that will get you sweating and give you a little chisel.

Sat Oct 9 , 2021
Multi-City Initiative Highlights Culinary Entrepreneurs and Artists Who Serve Up Creativity with a Side of Tradition Published: Oct. 5, 2021 at 3:40 PM CDT NEW YORK, Oct. 5, 2021 /PRNewswire/ — This Hispanic Heritage Month, Diageo and its family of brands are honoring the creative gifts, historical contributions and cultural […] 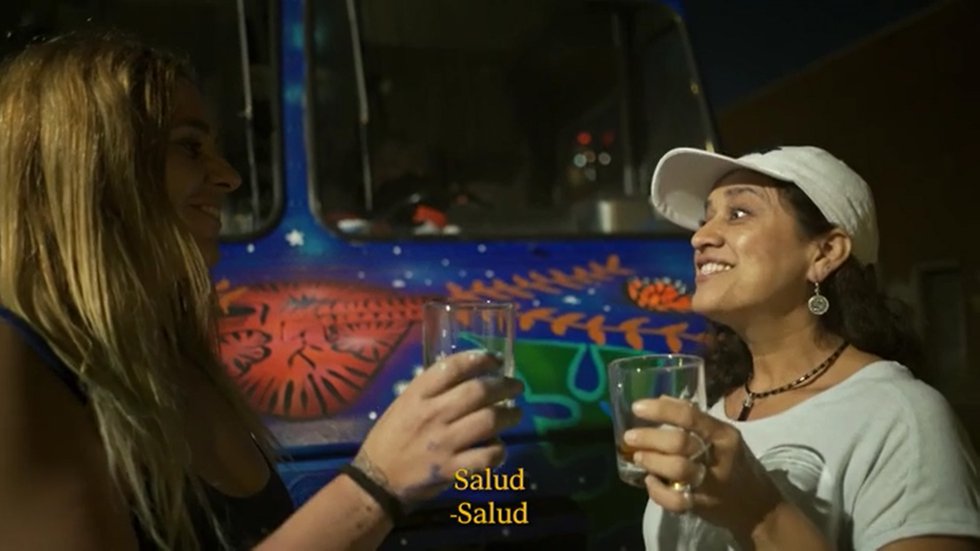