The restaurateurs behind Mi Sen Noodle Bar and the former Cheevitdee in Old Port have launched a new restaurant on outer Congress Street with a focus on grilled Thai street food.

Co-owner Jongpol Jujaroen said he and partner Darit Chandpen – owner of Mi Sen – didn’t want Mitr to replicate other Thai restaurants in Portland, so they chose to focus on charbroiled Thai street food. “We wanted to do something different,” he said.

In addition to standard stir-fries like pad Thai and pineapple fried rice, the Mitr menu offers a line of grilled skewers featuring proteins like chicken livers, cuttlefish and pork belly, along with more familiar dishes like chicken satay with peanut sauce.

Mitr is open for dinner Tuesday through Saturday, from 4:30 until 9:30 p.m. “We’re looking to add more hours in the future, we just don’t have the staff right now,” Jujaroen said.

After months of renovations and several years closed for the pandemic, Portland’s acclaimed Japanese restaurant Miyake will reopen later this month to reveal a new dining room.

Miyake’s reopening is scheduled for Tuesday for walk-ins only. The renovation project on the Fore Street restaurant, which was begun last spring, has added a new 10-seat bar and 8-seat sushi counter, among other changes to the interior.

“Please note that our new space is small,” Miyake stated on its Facebook page, “and therefore reservations are limited in number.” The refurbished interior reportedly seats 28 people.

A spokesperson for Miyake could not immediately be reached for comment.

Screenings of the award-winning documentary film, “Hearts of Glass” at the Press Hotel later this month offer Mainers a glimpse of what the Vertical Harvest Farm under construction in Westbrook can mean for the region.

The Press Hotel is hosting two free screenings on Tuesday at 3 p.m. and 7 p.m. The 68-minute film chronicles the first 15 months of operation for the Vertical Harvest Farm in Jackson Hole, Wyoming.

The first of its kind in North America when it opened in 2016, the multi-story, state-of-the-art hydroponic greenhouse in Jackson Hole grows crops while providing jobs with competitive pay for people with disabilities. Westbrook’s vertical farm, expected to be fully built on William Clark Drive by fall 2023, is a 68-foot tower for hydroponic gardening with the potential to produce 2.6 million pounds of produce annually.

A 45-minute question-and-answer session and panel discussion will follow each screening. Vertical Harvest Farms co-founder Caroline Croft-Estay, Vertical Harvest employee Sean Stone, and filmmaker Jennifer Tennican will be on hand to talk about what’s happened since the making of this film in Jackson Hole and also about plans for the Westbrook vertical farm.

Twelve restaurant on Thames Street in Portland has earned a spot on Esquire magazine’s annual list of best new restaurants in America, winning praise for “the fanciest lobster roll ever and more.”

The warm lobster roll at Portland’s Twelve, which Esquire magazine named one of the best new restaurants in the country. Photo by Meredith Brockington

Twelve is the only Maine restaurant and one of only two New England restaurants – along with La Royal in Cambridge, Massachusetts – to make the cut for the highly esteemed and influential Esquire list, which marks its 40th anniversary this year.

Esquire’s writeup notes that Twelve Chef Colin Wyatt was formerly executive sous-chef at the Manhattan fine-dining mecca Eleven Madison Park, before moving to Maine to run the kitchen at Twelve.

“There are only twelve items on the prix fixe but Wyatt makes good use of his new home. The state shows up in the colors,” writes reviewer Joshua David Stein. “The bright orange of sweet potato Parker house rolls mimic the foliage; the pumpkin-seed butter that accompanies them recalls the fields.

“And goddamn if his soigne lobster roll – an entire half lobster impossibly folded into a small very buttery laminated dough – doesn’t turn the volume of the old Maine banger up to twelve,” Stein continues.

Since opening in July, Twelve has met with huge acclaim from national critics. In September, the New York Times named Twelve and Leeward among the best 50 restaurants in the country.

Just in time for the holidays, Ragged Coast Chocolates of Westbrook has launched its new line of baking mixes that feature Maine-milled flours from Maine Grains and directly traded chocolate from Latin America.

The mixes include Craft Chocolate Brownie, Chocolate Cake and Chocolate Chunk Scone. Ragged Coast is also in the process of repackaging its baking chocolates as part of the launch.

The mixes and baking chocolates are available for sale at the Ragged Coast Chocolates factory store in Westbrook, on their website, and on the shelves of retail partners throughout Maine, including LeRoux Kitchen.

“The idea with the mixes is to get home cooks excited about these ingredients, so that they want to venture into trying other recipes with these truly exceptional chocolates,” Ragged Coast co-owner Kate Shaffer said.

To this end, the company has launched a YouTube channel in which Shaffer – from her home kitchen in Portland – gives tutorials on the mixes and baking chocolates. Ragged Coast hopes to release one episode per week, and will eventually feature other home cooks using the chocolates and mixes in their own kitchens.

Please check your email to confirm and complete your registration.

Use the form below to reset your password. When you’ve submitted your account email, we will send an email with a reset code.

Some states open college savings accounts for every newborn

Stocks gain ground on Wall Street ahead of U.S. holiday

Sat Dec 24 , 2022
Losing weight doesn’t have to feel like a total chore. With just the right recipes on deck that support your weight loss goals and don’t sacrifice flavor, you’ll be well on your way to shedding those extra pounds in no time. Who knew several tweaks to your shopping list could […] 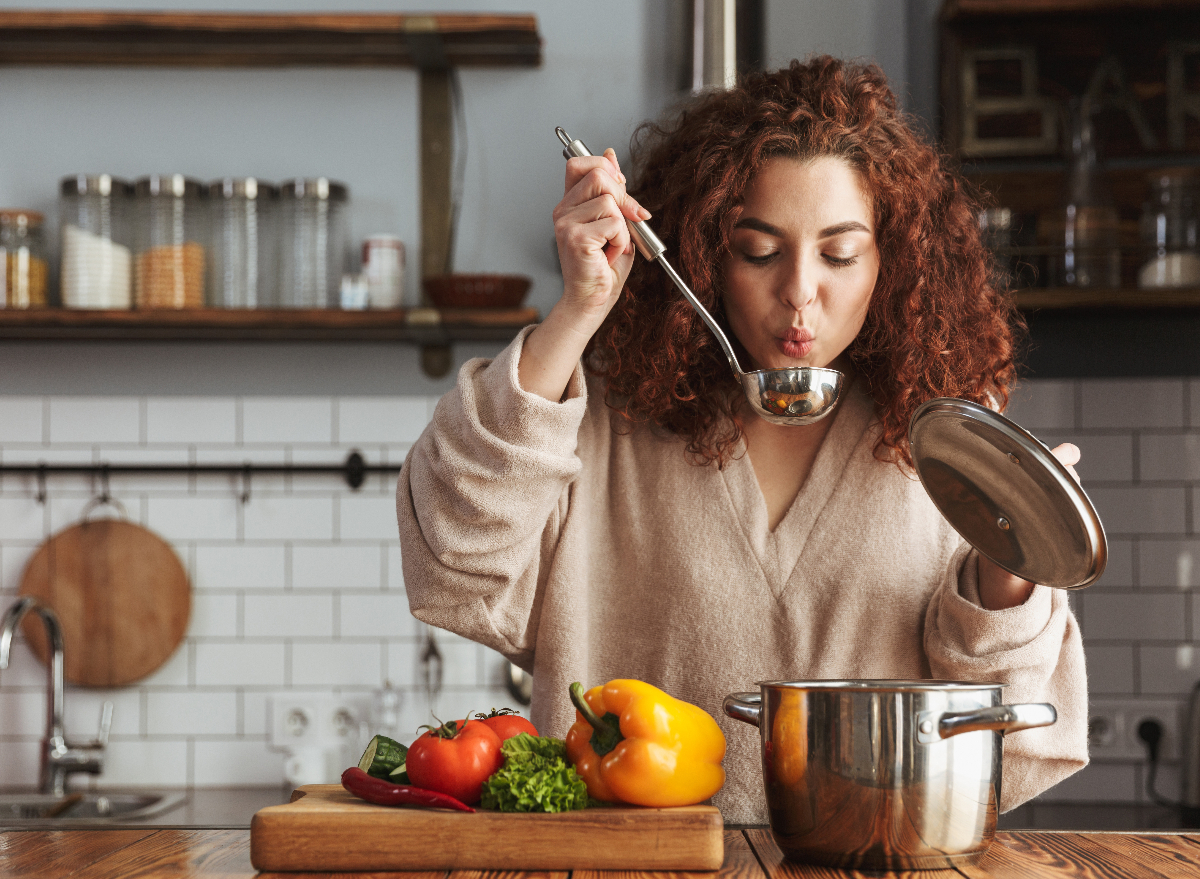