Despite their growing ubiquity in Australian supermarkets, vegan products are still notably more expensive than their meat-based counterparts, according to new research by consumer advocacy group Choice.

The investigation examined products across the gamut of grocery aisles, from guacamole to fruit pies, and found that processed vegan items were marked up as much as double.

In the most egregious case, a mayonnaise marketed as vegan cost almost 40% more than its “regular” alternative despite both containing only plant-based ingredients.

“Obviously there might be some manufacturing reasons why [vegan products] might be more costly to produce,” says Choice senior food journalist Rachel Clemons. “Some of the ingredients might be a bit more expensive, or there might be different processing methods or distribution costs.

“But we do think that sometimes there’s a price premium that’s added as a result of having the claim that something is vegan.”

Clemons compares the price premium, known as the vegan tax, to the gluten-free boom of the early 2010s, which saw brands cash in on a popular health fad. “With products that didn’t even have gluten in them in the first place – when the gluten-free claim was made on the label, it seemed to warrant pushing the price up as well.”

Sophia Lekkas, who was vegan for six years before transitioning into vegetarianism at the start of this year, has experienced first-hand the cost of plant-based eating.

“Having vegan and non-vegan products next to each other on the shelf is frustrating because the non-vegan one is way cheaper,” says the 25-year-old. “Visually, you’re seeing it right in front of you that it’s more expensive to be vegan.”

“I sometimes avoid these things because I don’t want to spend $8 on a bar of chocolate that I’m going to finish in a day.”

“At the start of being vegan, plant-based alternatives weren’t as popular … it wasn’t really that known to buy vegan things at the supermarket. Whereas now you go to the shops and even at the Coles bakery section there’s vegan croissants.

For Raveena Grover, who has also been vegan for six years on and off, it’s about negotiating the trade-off between ease and cost – particularly when it comes to the frozen foods aisle.

“You can definitely make things like vegan sausage rolls at home with cheaper ingredients [but more work] – it just depends how much you want to treat yourself.”

Both Grover and Lekkas point to vegan cheese as a product they’re happy to fork out for, and an example of how the growing uptake of plant-based practices among all Australians has increased consumer choice.

“Whenever vegans see vegan cheese, it’s like heaven’s doors are opening,” says Grover. “After not being able to eat cheese for so many years, or just having one brand and resorting to that, being able to find more and more packets of vegan dairy … is really exciting.”

As for other common products, Grover has one piece of advice for avoiding the vegan premium: ditch the supermarket chains altogether.

“Asian cultures have a lot of food that are already vegan – if you go to the Asian grocer, you’ll have cans of mock soy meat that are just as good as what you’ll get in Coles or Woolworths.

“Just because it isn’t packaged up with a fancy label doesn’t mean they can’t be the consumed all the same.”

Sun Oct 17 , 2021
Food traditions are often messy, complicated, and mostly a confluence of other varied traditions. There is usually little by way of purity or simplicity. In April 1942, Pune was preparing itself to face an aerial attack. When war seemed inevitable and it was realized that aerial attack would be the […] 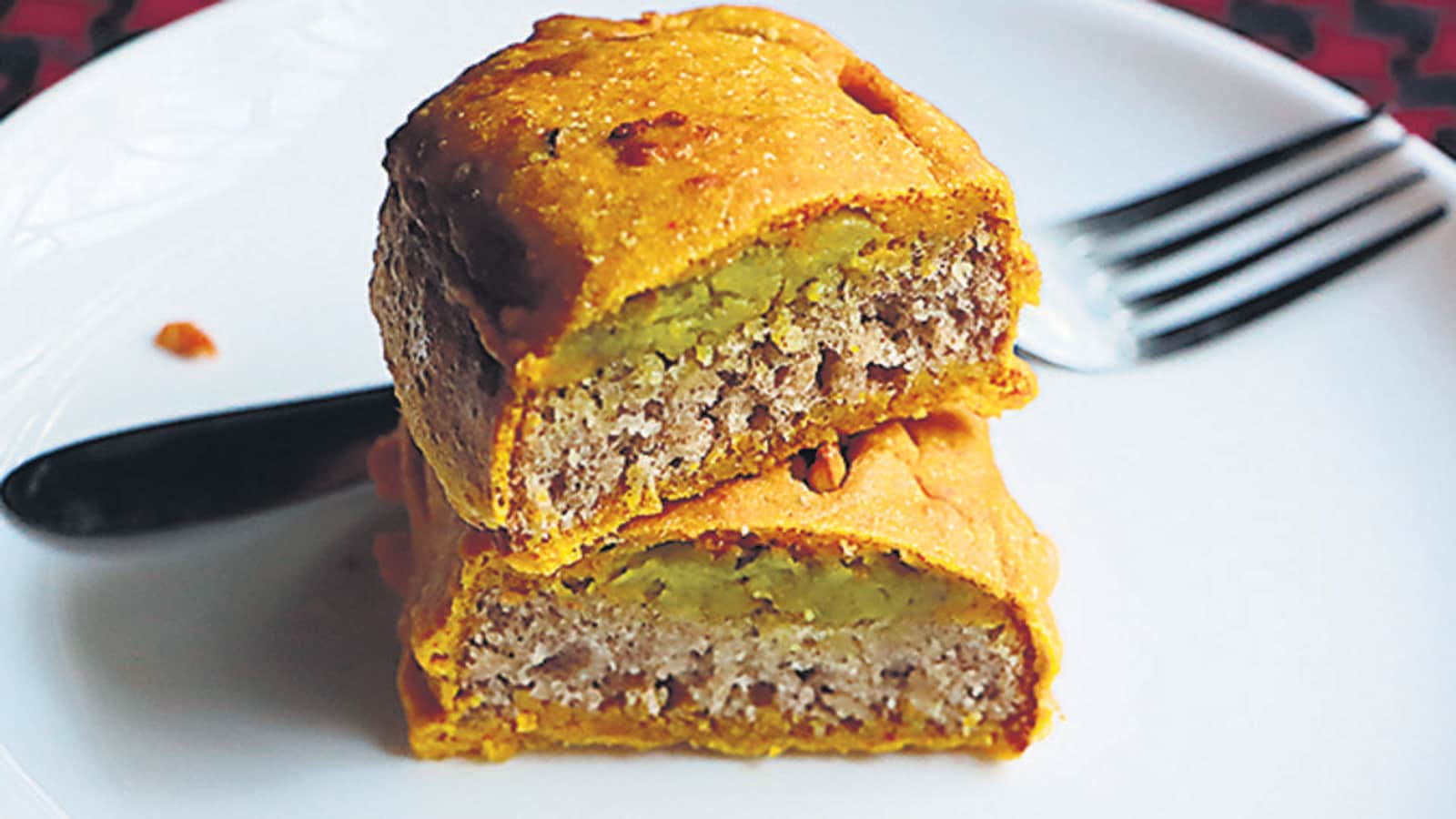