A funny thing happened a year ago. A food truck that was designed to jointly serve up food from Odyssey Gastropub and The Bench went completely vegan under the culinary direction and ownership of Chef Aaron Posey. He’d been testing out vegan concepts passively for a bit, and then the always-supportive owners of The Burrowing Owl invited him to set up his truck outside their door to test out an entirely vegan menu. The line went on and on, and so did the kudos.

Cut to now and The Joint Vegan Street Food still serves from the truck, but they also have a dine-in home at Manitou Springs’ Lulu’s Downstairs … actually located upstairs.

Hours and location may vary weekly: Follow social media or check the schedule section of the website. When the truck is dispatched, dine-in service isn’t available.

How to describe what comes out of The Joint’s kitchen and truck? Elevated comfort food would be top of mind. At first glance, the food seems so wonderfully familiar, which could cause one to think, “Really? Another vegan burger?” But that just means you’re not familiar with Posey’s culinary genius. Maybe he’s a musical genius, too, because his staples range from David Bowings cauliflower wings to a Notorious BLT. “Music was my first real passion,” Posey says. “I’ve been playing since I was about 10, and one of the things I’ve always loved about it is how each individual component supports and complements each other in a way that creates something greater than itself. I think food has a lot of the same qualities, from constructing a dish to writing a menu. Also, I just really like puns.”

The “opening acts” star, well, vegetables. Cauliflower wings are nothing new to the seasoned vegan, but what’s refreshing is Posey’s take on flavor. With an always umami-forward approach, these darlings are brined before breaded and complemented with a subtly spicy sauce. Green veggies, often missing from comfort-food menus, show up in the form of Brussels. OK, OK. I get that most people are either firmly team Brussels sprouts or they are wholly opposed. These could be the gateway version for the averse: Fried and then tossed in a rich maple miso sauce — sweet and savory for the win — they’re lightly drizzled with housemade orange cream and sprinkled with sesame seeds.

Downright wholesome in a cleverly ornery way. But the standout starter yesterday, today and tomorrow? No Animal Fries. Not your typical french fry, these spuds are scoops filled up with gooey sunflower seed cheese, sweet caramelized onions and topped off with tangy Thousand Island dressing (made by local vegan purveyor Noice Foods).

The “headliners” are, simply put, sandwiches. But let’s be clear: There’s nothing basic on this menu. Seitan is the name of the vegan meat game. “It’s so versatile in achieving different textures and has more protein and iron than beef,” explains Posey. “It’s not a specialty item either. It’s just a bag of wheat protein you can buy at the grocery store. We use it with our umami blend of fermented rice, shiitake and kombu extracts in our burgers.” Well, that explains it, because that meatiness is real and it comes from the texture as well as that savory flavor. I’ve had a lot of seitan in the past 20 years and Posey’s proves noteworthy. He’s created a vegan meat base that, subject to the cooking method or technique, can be thick and hearty or thin and tender. Like the smoked brisket. Served up birria-style, The Joint’s brisket French dip has all of the elements: thinly shaved marinated seitan piled thick with caramelized onions and melted vegan Swiss inside a grilled hoagie roll. That same shaved seitan, not marinated, acts as the base of the Motown Philly Cheesesteak, served traditionally with peppers, onions and provolone.

The Joint’s burger is a chameleon. As a cheeseburger it’s classically delightful. But you just might find that bare burger ground up in one of The Joint’s specials. One of the best I’ve had are the birria tostadas. Piled high, crispy tortillas are stacked and layered with ground vegan meat, sauce, scratch-made seed-based cheese and garnished with verdant veggies.

Posey knows how to be purposeful with his staples. Sure you can get the fried chicken sandwich on the regular menu. And you can also find bites of that vegan chicken served up in a black sesame seed waffle cone — drizzled in maple dressing and adorned with fresh blueberries — from the truck at a special event. This is where the chef’s maestro-status is on full display and the old adage “you eat with your eyes” applies. One look at that dark cone embracing the golden nuggets of pure protein and I was nearly satiated. But not enough to stop me from digging in and devouring it completely. Moral of the story: Count on the classics when dining in at Lulu’s but become a groupie and follow that food truck around for dazzling surprises aplenty. From weekend brewery service to brunch at The Garden to special four-course vegan dinners paired with Goat Patch Brewing beer (two dates in April). “Our entire concept is built around collaboration,” Posey explains when I asked about all of the community spots he hits. “And we’re all in a unique position to leave the world a little better than we found it, and grow the market for everyone else by focusing on activism. Every vegan says they want more vegan places. Collaboration is how we’re going to do it.”

After spending three hours at Red Leg Brewing for a fundraising event for rescued dogs, and witnessing lines of people waiting for food at The Joint, as well as three other vegan food vendors, I think the musical chef just might be right. He’s certainly on key and in style. Familiar, but fabulous. 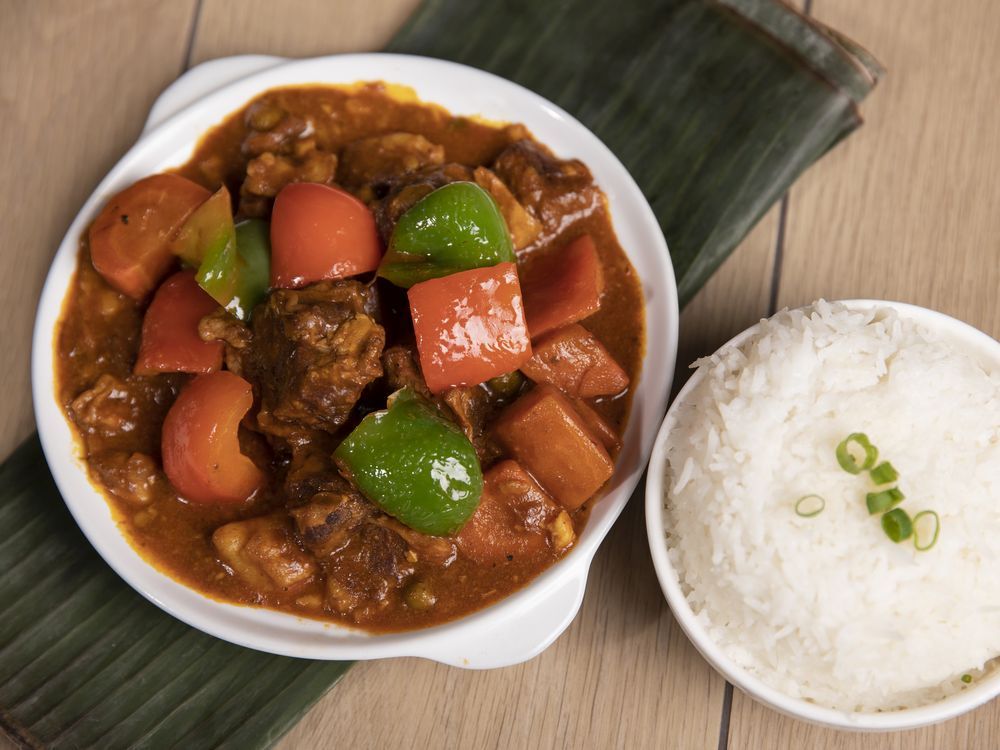