As I perch on a stool in her kitchen in Lyon, I think about what makes Sonia Ezgulian’s cooking so compelling. Ezgulian, who is also a journalist, is well known for her simple, beautifully arranged and colorful dishes. Her hands work quickly as she peels zucchini and chops herbs for her signature spiral tart, with efficiency and effortlessness in every movement. Sonia’s food is both classically French in its techniques—she has perfected standards such as pâté en croute and terrines—and utterly contemporary, employing spices and less-common ingredients from other cuisines. Her Armenian roots show up in dishes such as mantis, a sort of open, crunchy ravioli, and tcheurek, a braided Easter brioche.

Ezgulian is a well-respected figure in professional culinary circles who judges exclusive culinary competitions such as the Bocuse d’Or and champions women’s contributions to French cuisine. But she also maintains what we think of as housewife sensibilities, and has become one of France’s key figures in the “zero waste” cooking movement. “I believe in showing people how they can reinvent their leftovers or use ingredients they usually throw away,” she tells me as she moves around the kitchen.

And that’s when it hits me: What draws me to Sonia Ezgulian is how perfectly she reflects and subverts the tensions that exist in France between domestic and professional cooking. Women have always worked in French professional kitchens. But we hear about them and see them less often than men—in part, my research suggests, because women’s traditional ties to unpaid care work have sidelined them. Ezgulian manages to celebrate domestic cookery while creating a strong connection to professional culinary arts. She telegraphs the notion that women’s culinary accomplishments are equally important in restaurants and at home.

Ezgulian’s biography straddled the two spheres from the get-go. She never went to culinary school, deciding to become a professional cook after working for many years as a successful journalist in Paris. She and her husband Emmanuel moved to Lyon, Ezgulian’s hometown, and opened a small restaurant called Oxalis in 1999. The restaurant showcased Ezgulian’s creativity and playfulness in the kitchen, bringing new life to Lyonnais cuisine, which had a reputation for being stodgy and bourgeois. The local papers quickly touted Ezgulian as a new mère lyonnaise, a particular sort of domestic-turned-professional female cook.

Lyon, the third-largest city in France, has a long history of women cooking professionally. At the turn of the 20th century, many women worked as cooks in bourgeois homes there, but as the economy in France entered a downturn, many of them lost their jobs as domestic laborers and went to work in restaurants where they perfected dishes such as poularde en demi-deuil (truffled braised chicken) and fonds d’artichauts au foie gras (artichoke hearts with foie gras). These were simple, hearty dishes that exalted prestigious ingredients, the hallmarks of bourgeois cuisine. The women’s reputation for excellent cooking grew, and gastronomes such as Curnonsky, an early restaurant critic, began to call these women les mères lyonnaises (“Mothers of Lyon”). These cooks did not recognize each other as a unified group, but the growing genre of gastronomic literature about their food created a movement of sorts.

Sonia was befuddled by the mère label, because she did not see her cooking as part of the tradition of stodgy cuisine that had come to define Lyon. She was a woman in a restaurant kitchen. Was that all it took to be a mère?

The quintessential mère lyonnaise was Eugénie Brazier. Born in the countryside near Lyon, Brazier worked in a bourgeois home before apprenticing under the renowned mère Fillioux. Fillioux was as famous for her terse attitude toward her customers and staff as she was for her tableside service of whole chickens, which would fall apart at the tiniest cut from her dainty knife. Brazier went on to run two three-starred Michelin restaurants of her own in the 1930s, an accomplishment no other woman has yet replicated.

While male chefs often nod to their mothers and grandmothers as the progenitors of their cuisine, they rarely give women’s domestic cookery credit for being foundational.

Eugénie Brazier died in 1977, and while she is an important cultural figure in Lyon, her memory largely remains relegated to the dusty annals of local gastronomic history. The rest of France and the world associates Lyon’s food with the recently deceased, homegrown, super-star chef Paul Bocuse, whose image graces the city’s murals.

French society charges women with being the central caregivers at home. Women who choose to pursue careers instead—as well as those who shoulder the double weight of professional careers and motherhood—face a robust glass ceiling in many professions. The culinary arts are no exception: The professionalization of cooking in France has largely focused on keeping women out of kitchens. The figure of the chef in popular culture is almost always represented as male. Starting in culinary school, women encounter structural barriers, gender stereotypes, and sometimes even sexual harassment. Many women report having their culinary instructors pass them over for top apprenticeship positions in favor of their male peers. Others are channeled into areas such as pastry, often referred to as the pink ghetto of the kitchen, which are seen as more creative and feminine. These problems are not uniquely French. But given the centrality of the culinary arts in French culture, the problem of gender inequality in the kitchen should be of national concern.

Ezgulian recalled her own feelings of exclusion during her apprenticeship at Michelin-starred Les Terrasses de Lyon at the Villa Florentine hotel. Everyone in the kitchen referred to her as “madame,” a sign of respect for her age but a dismissal of her place in the kitchen. “It’s definitely a boys club, and I knew I did not fit,” she said. At Les Terrasses, Ezgulian learned the ins-and-outs of haute cuisine. She also decided there that she would do things differently when she opened her own restaurant—the patriarchal hierarchies of the existing system were counterproductive to the creative work of cooking.

But discrimination continued even when she was in charge. When trying to hire male cooks, “there was one man who I interviewed and he kept asking me when he would get to meet the chef. I guess I did not fit his idea of a chef,” she said. Another male cook “quit one day right after the dinner service. He threw his apron on the floor and exclaimed, ‘I can’t work like this. You just don’t yell enough!’” Ultimately, Ezgulian decided she wanted to work alone. She simplified dishes so they required less labor and did away with heavy kitchen equipment like unwieldy oversized stockpots.

In her writing and media appearances today, Ezgulian gives women their due. While male chefs often nod to their mothers and grandmothers as the progenitors of their cuisine, they rarely give women’s domestic cookery credit for being foundational. Further erasures abound, particularly at the upper echelons. Currently, only one woman in France, Anne-Sophie Pic, heads a kitchen with three Michelin stars, and just two women, Andrée Rosier and Virginie Baselot, have ever been awarded the top accolade of Meilleur Ouvrier de France. Although more women than men enter culinary school, they are underrepresented in all areas of the culinary arts.

Ezgulian is working alongside Eugénie Brazier’s granddaughter, Jacotte Brazier, to promote women’s contributions to French cuisine. In 2007, Brazier started the nonprofit organization Les Amis d’Eugénie Brazier, which grants scholarships to young women attending culinary school; Ezgulian also worked with Brazier to create a series of literary prizes to promote women’s food writing. Every year Les Amis holds a ceremony at the lavish Lyon town hall to honor annual scholarship and literary winners. For many of the young scholarship winners, it is the first time they have been validated publicly. Most importantly, Les Amis d’Eugénie Brazier creates a much-needed support network for women in the culinary arts—the connections and opportunities to learn from people at the top of their field that can make or break a career.

Equality is possible in France’s kitchens. But first the nation must recognize that the professional and domestic settings are complementary. Sonia Ezgulian is not an outlier—but the exclusion she faced belongs in the past.

Thu Oct 21 , 2021
René Redzepi’s three Michelin-starred Noma has again ascended to the top of the World’s 50 Best Restaurants list, a publication that attracts perennial criticisms for favoring expensive, male-run, Eurocentric tasting menu venues, and which has sent the expensive, tasting-menu only Noma in Copenhagen to the top of the on list […] 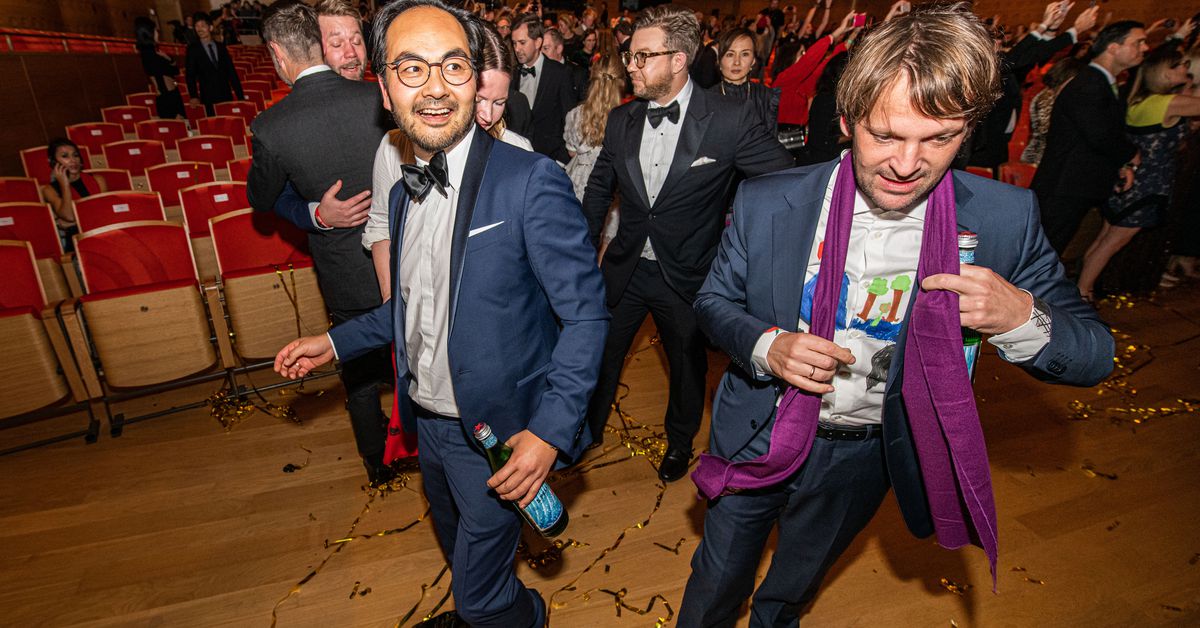