Graduate from ho-hum meals to A-plus soufflé pancakes and masterful bowls of ramen.

Harvard Square offers a cuisine crash-course you won’t find in a classroom. Hit the books (well, the menus) at these ten restaurants to discover ahead-of-the-curve farm-to-table fare, pizza with legacy sourdough starters, and sushi that’s a study in simplicity. Rounded out by house-made pastas swimming in sauce and more, the meals on the syllabus here ace the taste test.

Michael Scelfo’s New American gem might be located in the subterranean level of Brattle Hall, but the flavors soar heavenward. Here—and at the upstairs Longfellow Bar—familiar favorites get a luxe lift. Take the New York strip served with red wine butter, and the roasted parsnip raviolo doused in umami-heavy smoked chicken gravy. And don’t miss the not-so-secret secret burger, either—it features a house grind of Creekstone Farms meats topped with special sauce and a near-holy host of goodies like salted onions and fried cheese crisps. But in the spirit of secrecy, you’ll have to take our word on the fixins: The menu merely suggests that “your faith” is what’s on the burger.

Since opening in March, this Japanese izakaya has been making waves. Start with a smattering of small appetizers, namely the smoked salmon potato salad (trust us) and scallop carpaccio, before getting hooked on the sushi, especially the scallop roll brightened by yuzu. Those who roll vegan can savor the zippy umekyu sushi ( a combo of pickled plum and cucumber), and do dive into the ramen, too—especially the house specialty (and aptly named) umami ramen. With a pork bone base buoyed by chicken broth, it’s a savory wave, with wood ear mushroom and slivers of pork along for the ride.

Sticklers might protest that this Best-of-Boston-snagging gem is technically between Harvard and Central Squares (though closer to Harvard). But no one has any quibbles about the bold flavors in this bright and sleek spot. From platters and special samplers, chef Seizi Imura plays both deceptively simple (the pristine nigiri, for starters) to outright stylish with out-of-the-bento-box ingredients. Japanese herring with iced onion, anyone? They’re still only open for takeout and delivery right now, so you’ll have to wait a bit longer if you missed out on the chance to see their big 2018 renovation. 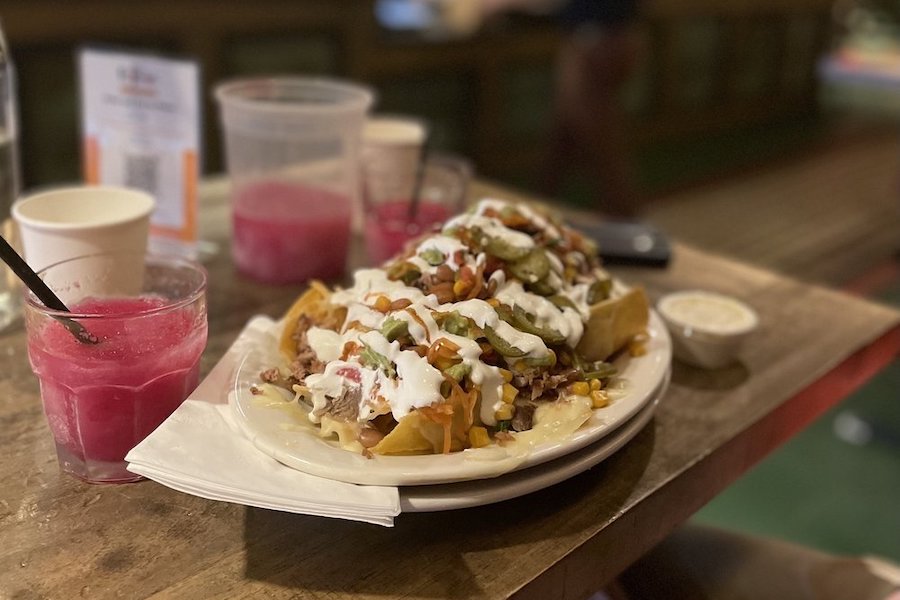 Nachos at Felipe’s. / Photo by Gabriella R. via Yelp

Pardon the grilling, but what’s a sure-fire way to crank up the flavor of your meal? Find the answer with a bite of the wood-grilled steak, chicken, and marinated vegetables on offer at this lively and casual haunt. The magic char is thanks to the grill’s mix of hickory, maple, and oak, and you can savor the smokiness in everything from the tomatoes in the fresh salsa to the deep-fried burrito that’s stuffed with citrus-marinated steak and doused with queso. Wash it down with a frozen strawberry margarita on the always-hopping roof deck, and now you’re cookin’. 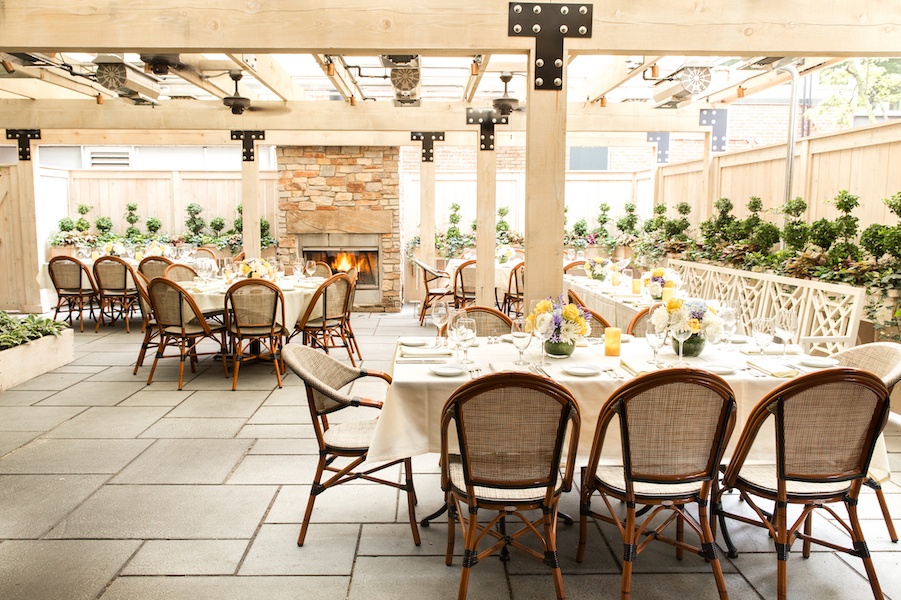 With a grand patio boasting a pergola, Harvest is about as picture-perfect as you can get. Factor in the plates of house-made pappardelle with foraged mushrooms and miso butter? Near perfection. It’s no surprise that this local legend that emphasizes New England farmers and producers has been delighting diners since 1975. Seared Atlantic salmon with dill crème fraiche stands the test of time, though that’s not to say executive chef Nick Deutmeyer can’t get downright avant-garde in the garden. Look to the creative treatment of a traditional side of roast carrots, served here with a coffee glaze, alongside a vanilla parsnip purée and toasted hazelnuts. Pair it with the pan-roasted chicken breast, and pass the hours by the indoor or outdoor fireplaces.

Before everything was dubbed “farm-to-table”—accurately, or with a little fudging—there was Henrietta’s Table, which has been sourcing organic produce from local purveyors for over 20 years. And speaking of fudge, do check out the chocolate bread pudding with vanilla bean ice cream and caramelized rum bananas. From his skylight-flooded American restaurant within the Charles Hotel, chef Peter Davis dazzles daily for breakfast, lunch, and dinner. Enjoy a leisurely breakfast of poached eggs served over baked Harrington ham and anadama bread, or stop by for lunch and nosh on the pot roast panini. Come dinner, savor seared sirloin from Maine’s Pineland Farms alongside creamy blue cheese mashed potatoes. And the weekend brunch? The stacks of buttermilk pancakes promise a sweet escape from the stresses of your busy week. 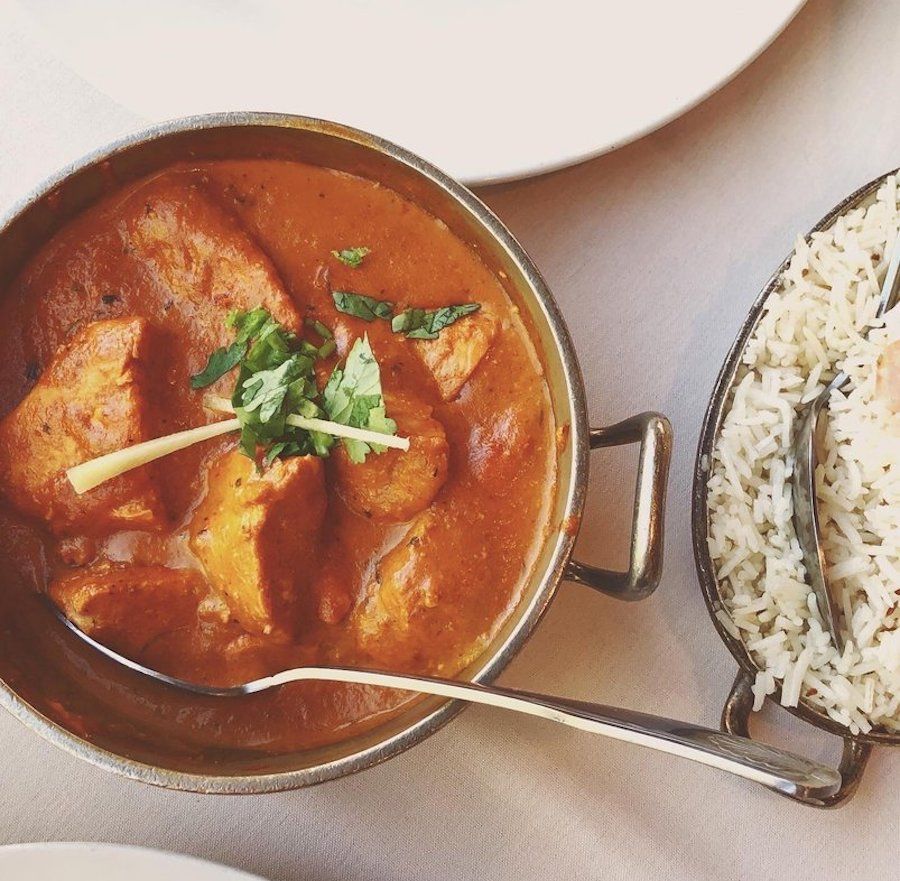 The Maharaja photo by Ellie B.

Crowning a window-wrapped building that overlooks the busting square, Maharaja proffers Indian fare in fit-for-royalty portions. The novel-length menu has something for everyone. Those craving comfort should look no further than the crowd-pleasing and creamy chicken korma. In the mood for tandoori? Savor the grilled jumbo shrimp that’s marinated in cream and served alongside paneer. Biryanis bring the heat, and vegetarians find a feast in the sham savera—spinach and cheese dumplings cooked in a buttery, tomato-forward sauce. Sop up the last bit of sauce with lamb naan, but save room for dessert, as the gajar halwa traditional carrot cake, served warm and with a kick of warming spices, is the perfect cap to the meal.

Away from the college-student-crowded streets, Orinoco whisks diners away to Venezuela, with a menu inspired by the roadside restaurants in the Andean nation. Antojitos might mean “little cravings,” but this small-bite section of the menu packs a mighty punch, with the savory bomb of almond-stuffed dates wrapped in bacon, plus pieces of white cheese served in plantain slivers. Elevate the empanadas (the shredded beef stuffed pocket nears perfection) from a snack to full-fledge meal with a side of crispy yucca fries, or starchy tostones balanced by bright mojo. Though, heads up: The restaurant doesn’t offer reservations. So head in early to beat the dinner rush. If your travels take you elsewhere around, pop into the South End and Brookline Village outposts, too. 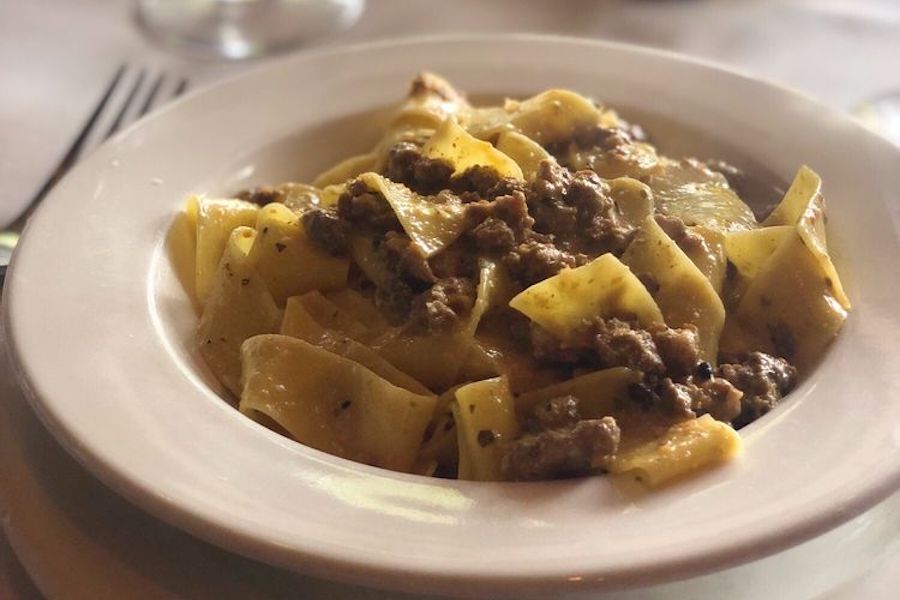 Hard to say what’s more welcoming at this homey spot: the brick walls and the warm wood surroundings, or the soul-boosting bowls of minestrone soup? Answer these and other existential questions with an avalanche of antipasti—especially the beef carpaccio studded with gem-like capers and parm slices, and the charred calamari served with a mustard sauce. The rest of the menu traipses through Tuscany, proffering pizzas, house-made pastas (with the rigatoni ramped up by double-smoked bacon), and cheese flights heightened by truffle honey. Plus, with four different riffs on risotto, you’ll definitely be booking a return trip. 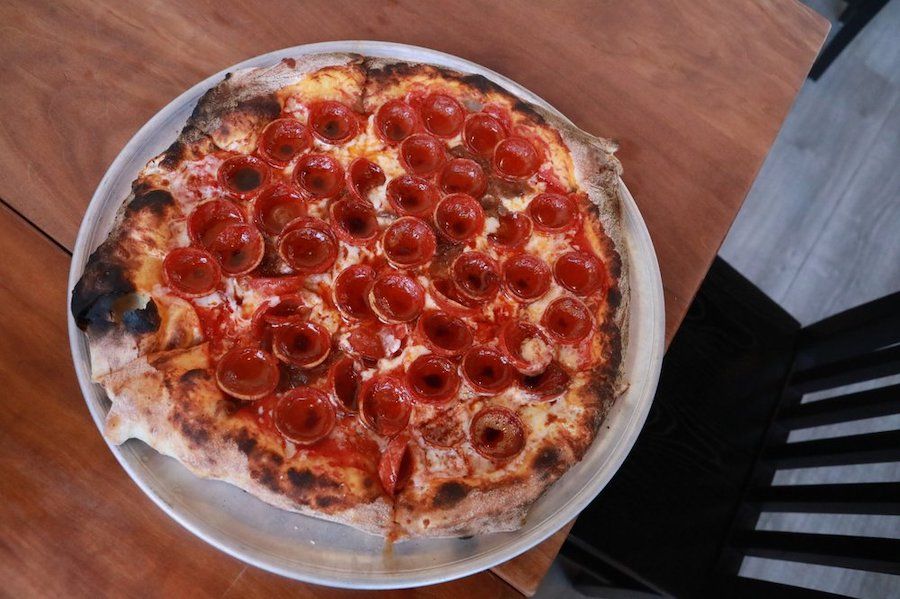 Photo by Source via Yelp

The true source of Source’s craveable wood-fired pizza—besides the decades of know-how brought by owner Daniel Paul Roughan and executive chef/partner Brian Kevorkian—is all thanks to one original batch of sourdough starter. That sourdough starter, named “Mother,” is so pampered she’s currently enjoying some R&R at an off-site facility, while her offspring, dubbed “Sister,” serves as the new starter for the daily-made dough. This family lineage results in a lighter-than-air crust that’s a soft and chewy landing for a host of toppings, from crisp-edged pepperoni to a boatload of veggies. Then, there’s the Eddie Special, a stoner-luring smorgasbord of smoked ricotta, bacon, buffalo chicken, red onion and ranch. Pie perfection, along with a handful of pastas and small plates, is dished out in the industrial-hip space, which opened November 2020. As tempting as it may be to start your day with leftover cold pizza, roll over to weekend brunch for pizza dough doughnuts tossed in cinnamon sugar, and “wait, this is a pizza place?”-levels of delight stirred by the stacks of soufflé pancakes.

JUST Egg at Caribou, New Eats at Costco, and Much more Vegan Food stuff Information of the Week

Mon May 9 , 2022
It seems that every single week in vegan meals information is far more fascinating than the last and this 7 days is no exception. New JUST Egg flatbreads introduced at Caribou Espresso as the chain’s very first vegan foodstuff solution. Native Foodstuff is celebrating spring with a rainbow-impressed menu crafted […] 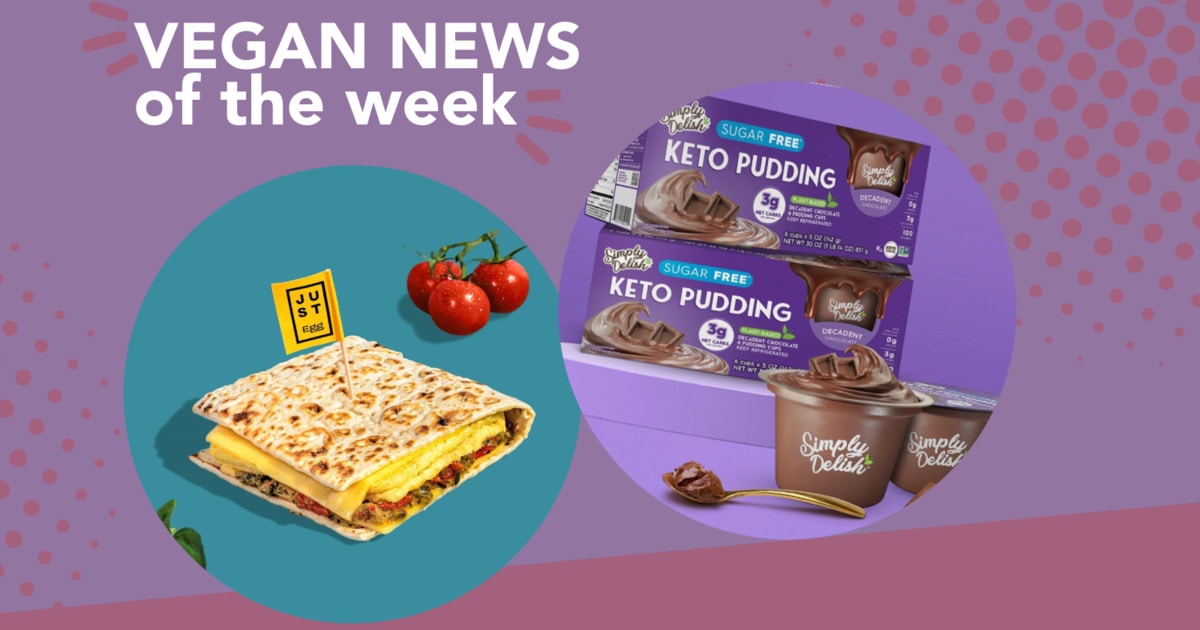