A vegan-based diet for cats and dogs can be just as healthy as a meat-based one, according to a study that hopes to promote plant-based meals for pets.

In his research on cats and dogs, a veterinary professor at the University of Winchester, Andrew Knight, told The Guardian that plant-based diets on pets worked well, or even better, than meaty pet food regarding health outcomes — although synthetic nutrients were added.

In the U.K., the research is somewhat controversial as pet owners who fail to feed their pets a “suitable diet” based on their nutritional needs could be fined more than $27,500 or jailed in the name of the Animal Welfare Act 2006, The Sun reported.

America is changing faster than ever! Add Changing America to your Facebook or Twitter feed to stay on top of the news.

“We would not recommend feeding a dog a vegan diet as it is much easier to get the balance of nutrients wrong than to get it right, leading to a risk of dietary deficiencies and associated disease,” Justine Shotton, president of the British Veterinary Association, said.

Any changes to pet diets “should only be undertaken under [the] advice of a vet with in-depth nutritional knowledge,” Shotton said. People had a “duty of care towards their pet.”

The head of veterinary services at the Blue Cross charity advised against feeding pets vegan food, saying “Pets need a balanced diet, cats in particular have very specific nutritional needs which would be unlikely to be met by a vegan diet.”

However, Knight’s unpublished findings state plant-based pet food was both nutritionally equivalent to products containing meat and enjoyable for pets to eat.

“Dogs, cats and other species have requirements for nutrients, they don’t need meat or any other particular ingredient. They need the set of nutrients, and provided those are supplied to them in a diet that’s sufficiently tasty that they’re motivated to eat it, and digestible, we’d expect to see them thrive. And that’s what the evidence seems to indicate,” Knight told The Guardian.

“The claim is animals on vegan diets will necessarily become ill and it’s somehow cruel to maintain them, is contrary to the scientific evidence in this field and is ignorant,” Knight said.

Although dogs are omnivores, having evolved alongside humans and eating leftovers food of cavemen, cats are carnivores and need several proteins in their diet, such as taurine.

FLORIDA SCHOOL QUARANTINES STUDENTS WHO GET VACCINATED FOR 30 DAYS

45 STATES ARE DOING BETTER WITH COVID-19, BUT THESE 5 ARE SURGING

Wed Oct 27 , 2021
Inside of The Smokin’ Bull food truck, Kim Van Winkle prepares food seasoned with the ingredients of her life. For the past three months, she’s served customers from the corrugated steel and wood-trimmed kitchen on wheels at the East Bar at 829 N. New Braunfels Ave. Customers clamor for selections […] 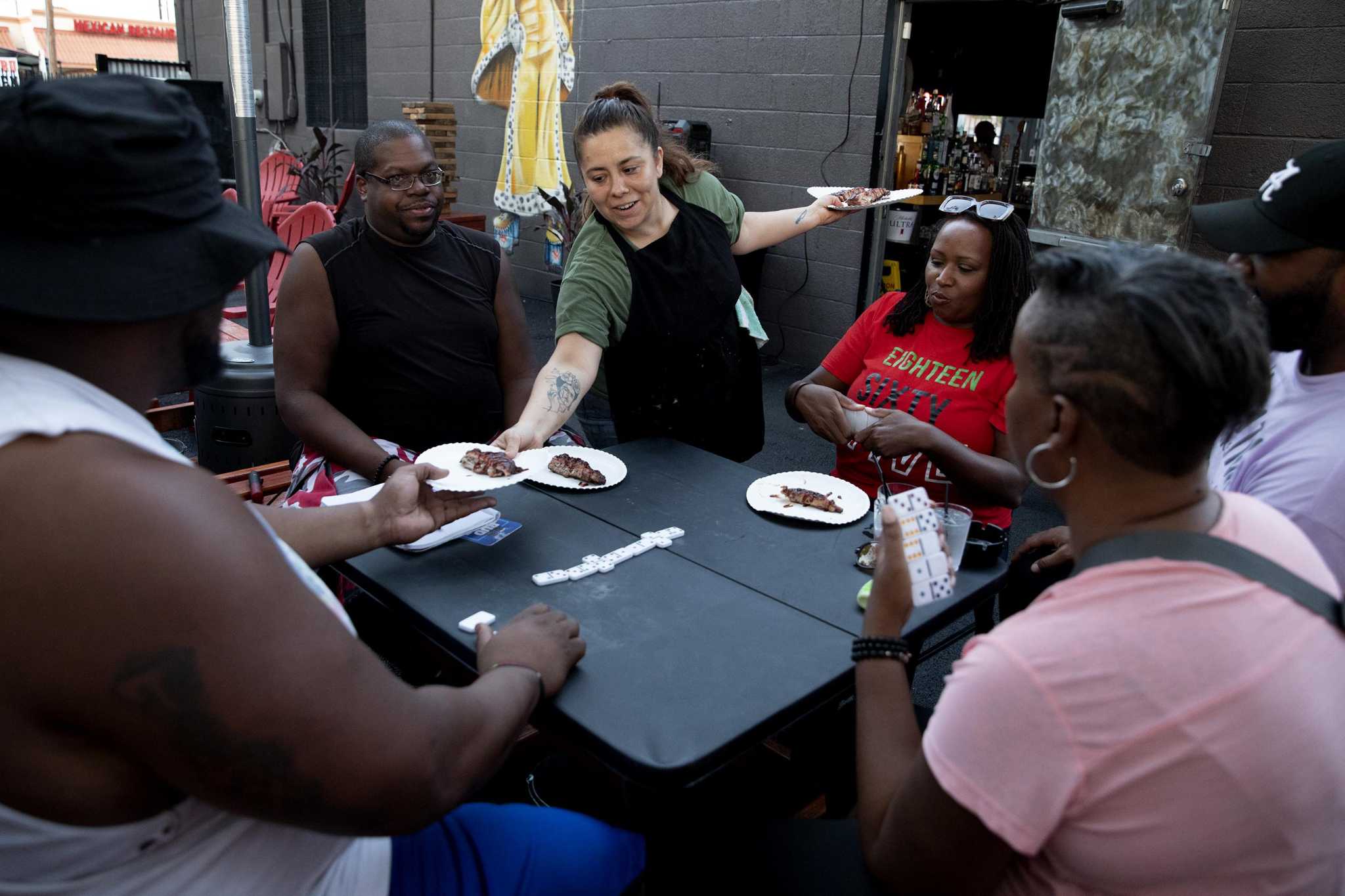