Ask anyone: Chef Peter Slay is the happiest man in his kitchen. Actually, he just might be the happiest guy in all of Four Seasons Hotel St. Louis.

You might say, “Sure, he just got a huge promotion, moving from his role as sous chef at Cinder House to chef de cuisine.” But no; Peter Slay’s happiness is a hard-earned art form, and nothing about it is on accident.

As the chef de cuisine of Cinder House, Chef Slay’s daily mission is for everyone to think he is the happiest man in the room, for like any great leader, he knows happiness and satisfaction starts at the top.

Slay also understands how hard the last 18 months have been on all of us, but restaurant workers in particular. This gives him even more reason to maintain a positive attitude and for that energy to carry itself into the working environment for everyone on staff.

One reason this is so important to Slay is that he has personally experienced both negative and positive restaurant environments. While learning and improving can happen anywhere, he feels pretty confident a positive and encouraging environment is the way to go.

Before starting at Cinder House as sous chef in 2018, Slay spent years working in various kitchens settings — from barbecue to catering to world-renowned fine dining. Locally, in his early days, Slay was mentored by Chefs Kevin Nashan, Josh Galliano and Cary McDowell before moving to New York City to work within celebrity chef Daniel Boulud’s restaurant empire at some of his restaurants in New York and Boston.

While some of the kitchens were incredible, at some, Slay admits, “I was terrified to go to work some days. I think about that and how I don’t want my cooks to ever feel that way.”

To keep both his energy and his positivity high, Slay works out every morning and eats clean. With his busy schedule, in order to do so, he meal preps in advance and avoids refined carbs. One thing he will never skimp on, though, is spice. “If I’m not sweating, it’s not good,” he said.

As for changes happening on Cinder House’s menu, Slay is only making small tweaks here and there since he and Consulting Chef Gerard Craft redid the menu just last year. “I’m a firm believer in if it’s not broke, don’t fix it,” he said.

When Slay does make changes though, he loves to look to old cookbooks from South America and then add his own creating spins. Some such dishes that exemplify this is Cinder House’s jumbo scallops, served with a Peruvian huancaína sauce and coconut quinoa granola, and the Portuguese orange piri chicken, which is topped with a spicy orange glaze and served on Brazilian style manioc polenta.

“Chef Craft has always encouraged creativity in menu development,” Slay said. “And I plan to continue that tradition, encouraging our entire team to contribute.”

As for the future of Cinder House and the rest of the Four Seasons Hotel St. Louis eating and drinking entities, with Peter Slay steering and Gerard Craft overseeing, it looks like only great things are on the horizon.

Fri Oct 29 , 2021
$105 at ThermoWorks $99 at Amazon $128 at Amazon $75 at Amazon $299 at Amazon Show More (10 items) If we’ve learned anything from this pandemic, good food is good for the soul. This holiday season, treat your inner foodie to some professional-grade kitchen gadgets and tools so that you […] 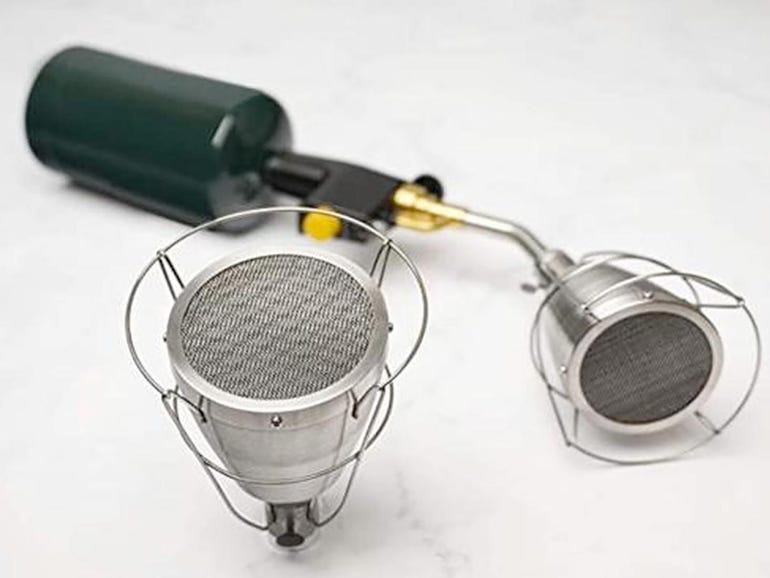