Get the latest Syracuse news delivered right to your inbox.
Subscribe to our newsletter here.

Salt City Market’s newest promotion has the potential to give customers a similar thrill to the “Disney experience” in Orlando and Los Angeles, said Deanna Smith, the team lead at Juice + Flowers.

Smith recalled a conversation with a customer: “We talked about how fun it is to try different rides at Disney. (‘Foodie Passport’) can be like that.”

Salt City Market commenced its “Foodie Passport” program in mid-October. The promotion, which runs through Dec. 31, requires customers to fill a “passport” with stamps from the 12 stalls in the market, including the Syracuse Cooperative Market and Salt City Bar. Those who collect all 12 stamps will receive a free Salt City Market T-shirt and a free signature cocktail, wine, beer or mocktail from Salt City Bar, said CJ Butler, Salt City Market’s marketing communications specialist.

Three weeks into the “Foodie Passport” program at the Salt City Market, Sara Tong-Ngork likes the exposure it brings to the 12 vendors involved. Even though she noticed customers purchasing the cheaper items on the menu to get their stamp, the owner of Firecracker Thai Kitchen said she’s happy they’re encouraged to try new stalls out.

“It might be something simple like the firecracker roll, which is one of our least expensive items on the menu,” Tong-Ngork said. “But it exposes them to something that they might not otherwise try.”

The program comes after a summer of slow business, which is pretty traditional for the restaurant industry, Butler said. But Tong-Ngork noticed this summer was particularly bad for sales.

“We’ve really hit our lowest point in sales during (these) past two months or so, and I think this passport program really comes in at a key time to try and get people back downtown,” Tong-Ngork said.

As for how many people are making use of the promotion, the numbers vary among businesses and the days of the week. Smith estimates she stamps about 10 passports on busier days like Friday and Saturday, while Tong-Ngork said she averages seven to 10 stamps a day.

So far, the market has distributed the first 1,500 passports it ordered to the vendors, front desk and customers, Butler said. The market has already ordered more passports and T-shirts and has given away at least 100 of the 200 originally ordered.

Butler described the program as “a total success” up to this point. But some vendors wish the market’s management team gave them more notice of the program and would update some of the conditions for the promotion. Dreamer Glen, owner of Miss Prissy’s, doesn’t like that customers can purchase any item and still receive a stamp.

Customers have come to Glen to purchase one of the cheapest things on the menu and expect her to stamp their passport, she said.

“People will come and they’ll buy a soda which is two bucks and then they’ll want a stamp … essentially you haven’t spent anything,” Glen said. 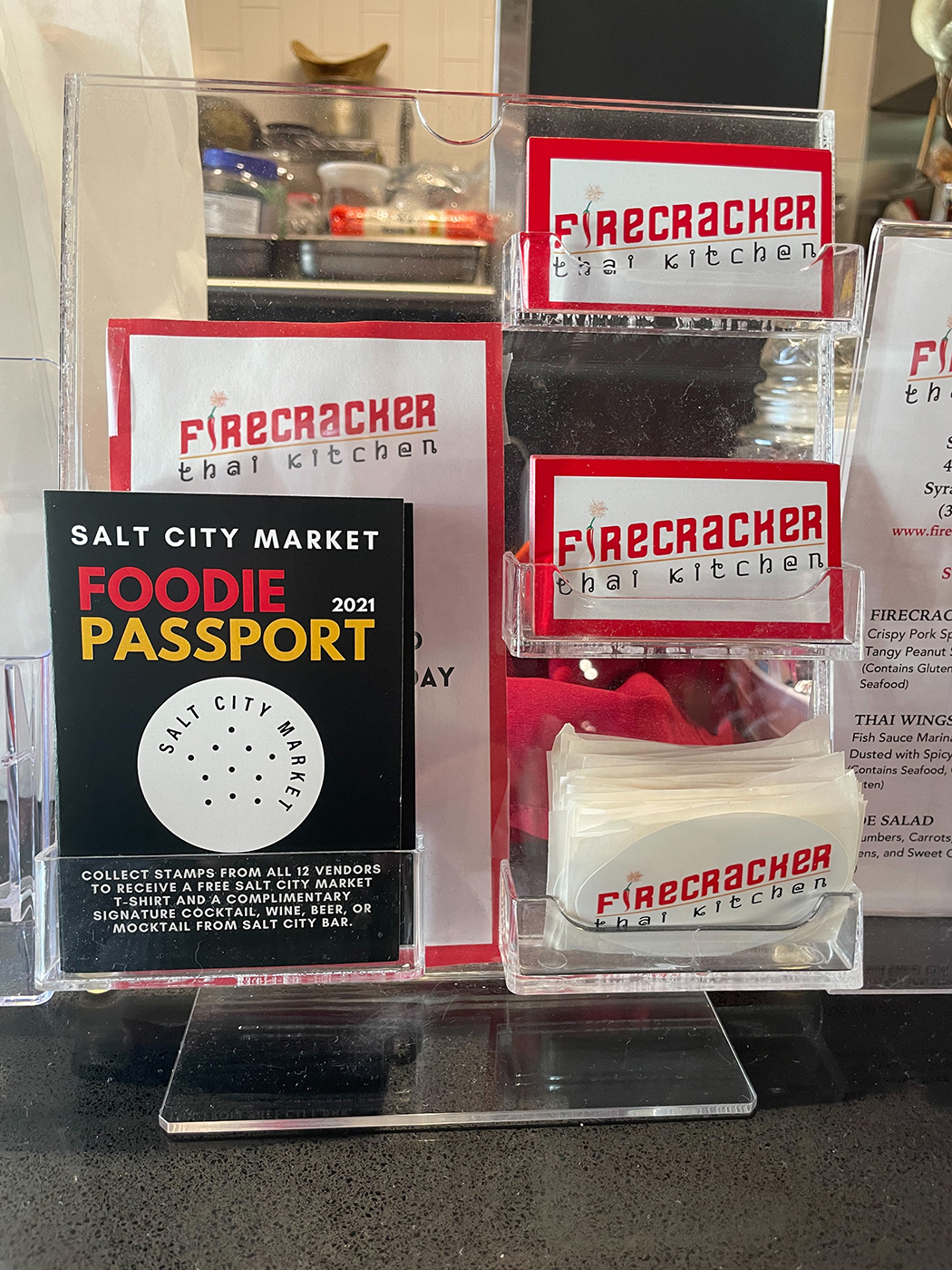 The passports have been very popular, with over 1500 being distributed in the first month of the program, Salt City Market’s marketing communications specialist said.
Louis Platt | Culture Editor

She would like to see a $10 minimum as a requirement to receive a stamp. The owner of the soul food restaurant also recalled not receiving much communication before the rollout of the passport program.

Butler said the market’s management team and vendors meet once a month to discuss upcoming plans, and she laid out the plan for “Foodie Passport” during the August meeting.

The reception from customers seems to be positive, though. Liverpool resident John Wolff, his wife and two children have come to the market multiple weeks in a row since getting their passports. In the past, Wolff and his family came to the market every other week, mostly when there were art festivals in the market’s parking lot. But since the passport became available, the family has visited more often, Wolff said.

While Wolff thinks the free drink and T-shirt are “nice” incentives, what he really enjoys is the diversity in cuisine that the market offers.

“This is a great place to try something new,” Wolff said. “I’ve never had oxtail. I always wanted to try it, and I’m having it. I’m loving it.”

Correction: In a previous version of this post, it said John Wolff has two daughters. He has a daughter and son. The Daily Orange regrets this error.

Wed Nov 3 , 2021
After subsisting solely on the dining halls and restaurants on Grounds, I can’t help but grow tired of fast food and American-style Asian food. It often feels impossible to make the time to cook during midterms, but after relying on take-out for so long, a delicious, fresh meal suddenly becomes […] 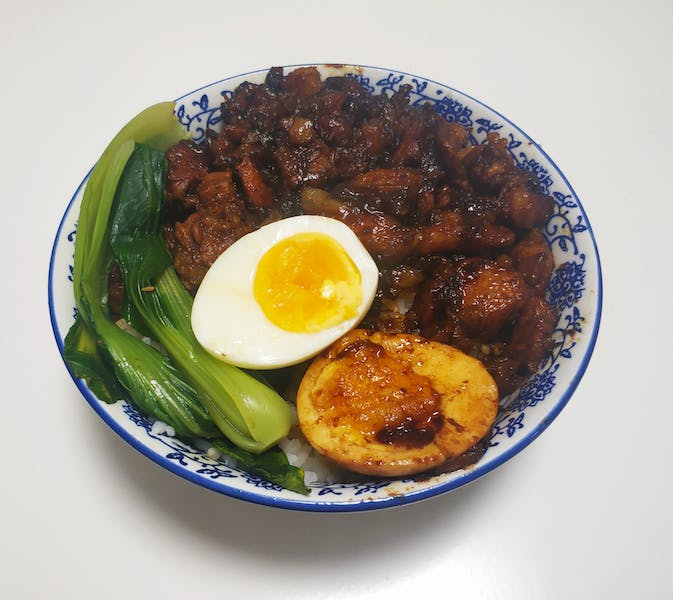