Once again, the organization behind the World’s Best 50 Restaurants list has announced its annual picks. And once again, I’m shocked that my favorite dining spot didn’t make the cut.

After all, how can the world not recognize the riches of Chelsea Square, the diner that has faithfully served my New York City neighborhood for four decades?

Of course, I’m joking — at least in a certain sense. No one expects a place that stakes its reputation on a cheeseburger deluxe platter or the classic Big Apple breakfast special (two eggs, toast and home fries) to be a citadel of fine dining.

Instead, they expect the honorees to include a place like Noma, a Copenhagen restaurant known for its cutting-edge and farm-centric cuisine — its summer menu included dishes such as stuffed zucchini with bee larvae and a dessert made from woodruff, a flowering plant. Naturally, it took this year’s top spot.

Many other inventive eateries claimed the rest of the spots. Central, a restaurant in Lima, Peru, that ranked fourth this year, offers a tasting menu of local delicacies done with flair. Atomix, a newcomer to the list in the 43rd spot, is a 14-seat New York restaurant that specializes in modern takes on Korean cuisine (say, a dish of smoked bonito with foie gras). (By the way, Cosme, another New York eatery, was the highest-ranking U.S. restaurant — in 22nd place.)

If there’s a thread that ties the 50 best restaurants together — other than the presumed quality of their food — it’s the fact they are generally destination/special-occasion restaurants where diners can easily expect a tab that runs in the hundreds of dollars. You don’t eat at these places on the spur of the moment. You plan entire vacations around them — and pray you can get a reservation, even if you start trying months in advance.

As someone who has written about food for many years, I know these restaurants serve a purpose. They advance ideas in cuisine — and those ideas often trickle down to the rest of the culinary world (hence, why I once defended a restaurant serving a $75 appetizer). They also allow us opportunities to experience life at its most excessive height.

Heck, when pressed to name the best meal of my life, I still think of the multi-course feast I had at Thomas Keller’s Per Se restaurant in New York more than 15 years ago, a mind-blowing spread that included everything from caviar to a beyond-delicious beet sorbet. The price, with drinks, was also mind-blowing — $750 for two people.  (Per Se hasn’t made the 50-best list in several years, though it once ranked in the top 10.)

The matter of cost speaks to the key issue I have with restaurants like this — and, more pertinently, with lists that celebrate such places. The reality is most people can’t afford to spend in the triple digits for a meal. But for even those who can, restaurants at this level don’t hold appeal beyond a certain level. Dining out is largely about feeling comfortable, with food that is readily appreciated and with service that makes you feel welcome but not necessarily like royalty (as much as I remember the food at Per Se, I also remember the dizzying dance of multiple servers who brought and took away dish after dish).

Which brings me back to Chelsea Square, a restaurant I typically visit a couple of times a week, spending anywhere from $10 to $30 for a meal per person. I know exactly what to order — they make the best tuna-salad sandwich on the planet and the Greek specialties, as at many diners, are always hearty and well-prepared. I also know to sit in the section with my favorite waiter, German, who regales me with stories about his days working as a server on cruise ships.

On my way out, I inevitably chat with John, one of the owners, who tells me about the challenges of keeping a restaurant afloat, especially during the pandemic. And indeed, restaurants have faced innumerable obstacles, from having to play vaccine police to finding enough staff.

Speaking of the pandemic, that brings up another point: As we emerge out of the health crisis, do we really crave dining at high-priced restaurants that are all about the wow factor versus ones that just make us feel at home? I mean, I’m not opposed to a little wow in my life, but right now I mostly need the balm that is a good (and modestly priced) cheeseburger.

Ultimately, the 50 Best team says their purpose is to support restaurants in general at this time. “The global gastronomic community sees the announcement of this list as a way to generate awareness around restaurants — which are either opening back up or are currently open — while also restoring confidence in the hospitality sector as a whole,” said William Drew, director of content for the 50 Best program.

So maybe I’ll celebrate the list by visiting a place or two at some point. But in the meanwhile, I’ll return tomorrow to my neighborhood diner.

Aldi Releases Vegan Burger that is 60% Cheaper than Beyond Meat

Mon Oct 18 , 2021
Aldi has wowed its vegan crowd yet again by releasing a vegan burger pattie that is 60% cheaper than Beyond Meat patties. The pattie is called the Ultimate No Beef Burger and is mainly made from pea protein.  The food market is well known for keeping up with the changing […] 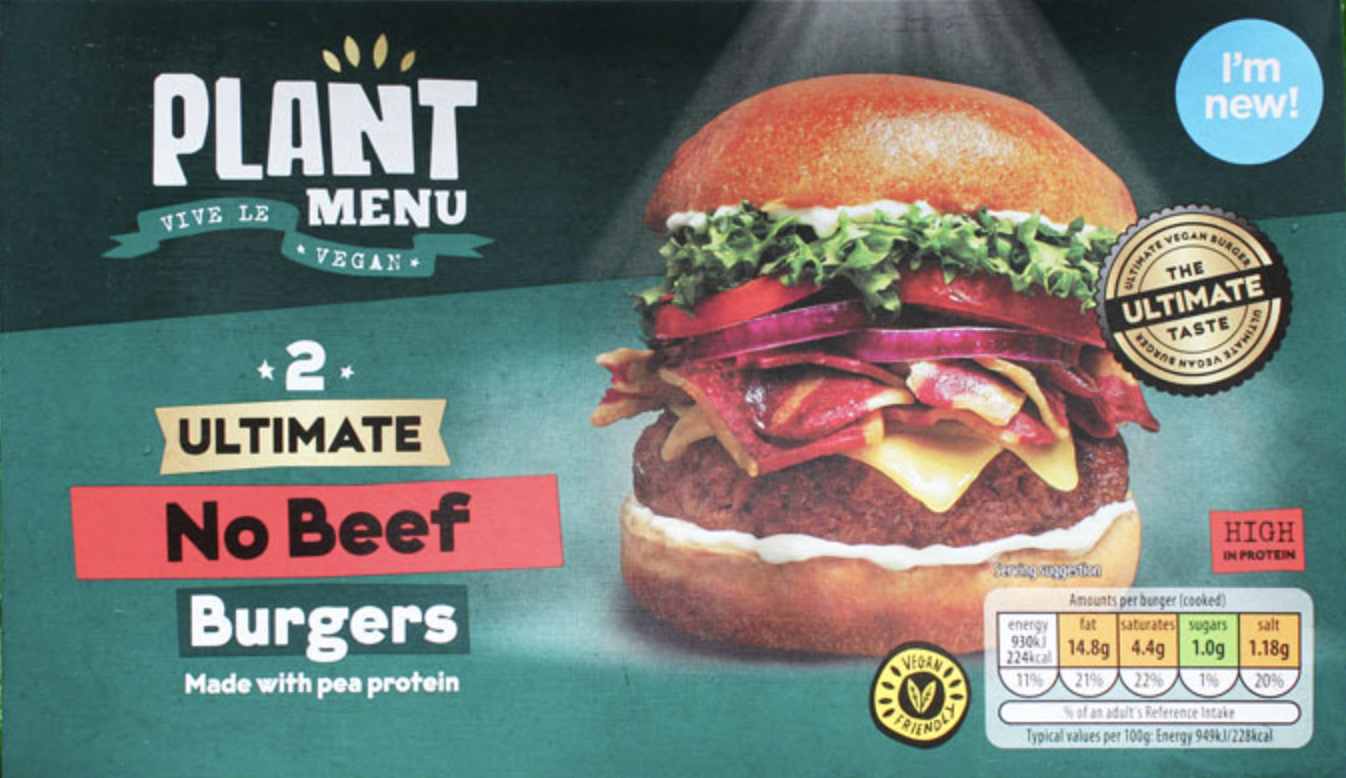