When people think of Mexican food, they might immediately think tacos. However, Mexico and its 32 states offer a wide variety of intricate dishes.

“Mexican food is not just what people know. It’s an endless flavor bomb. It’s such an aggressive palette within the food community. As a chef, I really love and celebrate it, from the spice levels to the freshness of the ingredients for different salsas,” said chef Colt Taylor, owner of Los Charros Cantina located in Centerbrook.

From the flour tortillas of Sonora to the cochinita pibil of Yucatan, Mexico’s cuisine is divided by seven culinary regions: North, Pacific North, Central Mexico, Gulf, The Bajio, South Pacific Coast and South. The whole country shares some staple dishes, but each region prepares them in a particular way. However, many Mexican restaurants in the United States offer dishes from several different regions of the country on their menus due to their popular demand.

Before opening Los Charros, Taylor wasn’t sure what type of food was preferred by the community. He ran a year-long project where he offered people different styles of food throughout a week. “The population of the area spoke overwhelmingly, saying that they wanted tacos,” said Taylor. He wanted to showcase Mexican food in a new but authentic way, wondering, “how do we make this so that people start to understand the beautiful food of Mexico without thinking it’s street food from a taco truck only?”

Northern region: This region includes the northern states starting from Baja California to the coast region of Colima. The most-used ingredients in Northern cuisine are beef, fresh cheese and flour tortillas. Some of the well-known dishes of on the northern coast are Carne Asada Tacos, Birria and Ceviche.

Southern region: This region is heavily influenced by the indigenous groups located in the area. This region contains almost half of the country, going from Mexico city to Yucatan. Mole, Cochinita Pibil and Tamales are some of the most-known dishes of this region.

Tex-Mex: This cuisine is a fusion of Mexican and American food that originated in the Northern Mexican border and Southern border in Texas. This cuisine is distinguished by the use of beef, yellow cheese, black beans and canned vegetables.

The Mexican diaspora has also found new ways to bring its roots to Connecticut while adding its own twist. One example is Mil Sabores, a Mexican and Venezuelan food truck located in Norwalk started by Edwin and Yohana Mondragon.

“It is good to have a variety of authentic food,” said Edwin.

The Mondragons decided to open a food truck that offered people the best of their cultures.

“People like the fusion. They like having several options. They sometimes ask us if we can add a Mexican side like chorizo to their arepas,” he said. If Mil Sabores could be summed up by one of its menu items, it would be by “La Mexicana,” an arepa with steak, avocado and pico de gallo.

On Sundays, Mil Sabores offers Jalisco-style birria that sells out a few hours after the restaurant opens. “We sell four hundred pounds of birria,” said Edwin.

As we move halfway through Hispanic Heritage month, here are 10 restaurants that celebrate different Mexican cuisine:

Los Charros Cantina by Chef Colt Taylor aims to showcase the richness of Mexican cuisine in a “fun and casual” concept. The restaurant offers a wide variety of salsas from different regions of Mexico as well as Mexican snacks such as street corn. Los Charros is also offering a full calendar of live music.

Azteca is an Hacienda-style restaurant that transports guests to the traditional southern restaurants of Mexico with its bright colors and wooden furniture. The menu offers more than 10 different styles of tacos, which include sirloin, cochinita pibil, al pastor and carnitas.

Sarapes restaurant offers a quantity of options for both breakfast and dinner, including huevos rancheros and chilaquiles as well as mole poblano and puerco en pipian. The restaurant is owned by the Chavez Mellado Family and it also offers catering services.

Taqueria La Michoacana, owned by Sergio and Rosa Valdovinos, in Bridgeport is named after Michoacan, a southern state in Mexico. While the restaurant is a taqueria, it offers other dishes such as a chilaquiles, pozole and menudo as well as flan and tres leches for dessert.

Toro Azteca offers an “authentic shortcut to Mexico” with dishes such as birria tacos, burritos and enchiladas. The restaurant is known for its colorful margaritas such as the “Bonita Blue,” which uses Blue Curacao, Peach Schnapps and the restaurant’s signature margarita mix.

Monte Alban has been serving authentic Mexican food as well as Tex-Mex style tacos and burritos to Hartford’s community for around 20 years, according to its website. Oaxacan brothers Alfonso and Wenceslao Martinez opened the restaurant after working in the food industry for over a decade. The restaurant is named after the ancient Zapotecan city that is now an archeological site.

Te Amo Tequila Bar & Tacos offers modern Mexican food such as chorizo, fajita and pernil tacos. Te Amo is known for its Margarita flights with three flavors on the rocks and one frozen.

Mil Sabores offers a fusion between Mexican and Venezuelan cuisine such as tacos, tortas, empanadas and arepas. The food truck opened in 2019 and given its success, the owners are looking to open a brick and mortar location in Norwalk in the near future.

Sun Oct 10 , 2021
Chef Scott Conant and his daughters at home KEN GOODMAN PHOTOGRAPHY During the pandemic, even celebrity chefs had to pivot. Celebrity chef Scott Conant typically travels to food festivals and TV studios, and makes guest appearances here and abroad. He also racks up quite a few frequent flyer miles shuttling […] 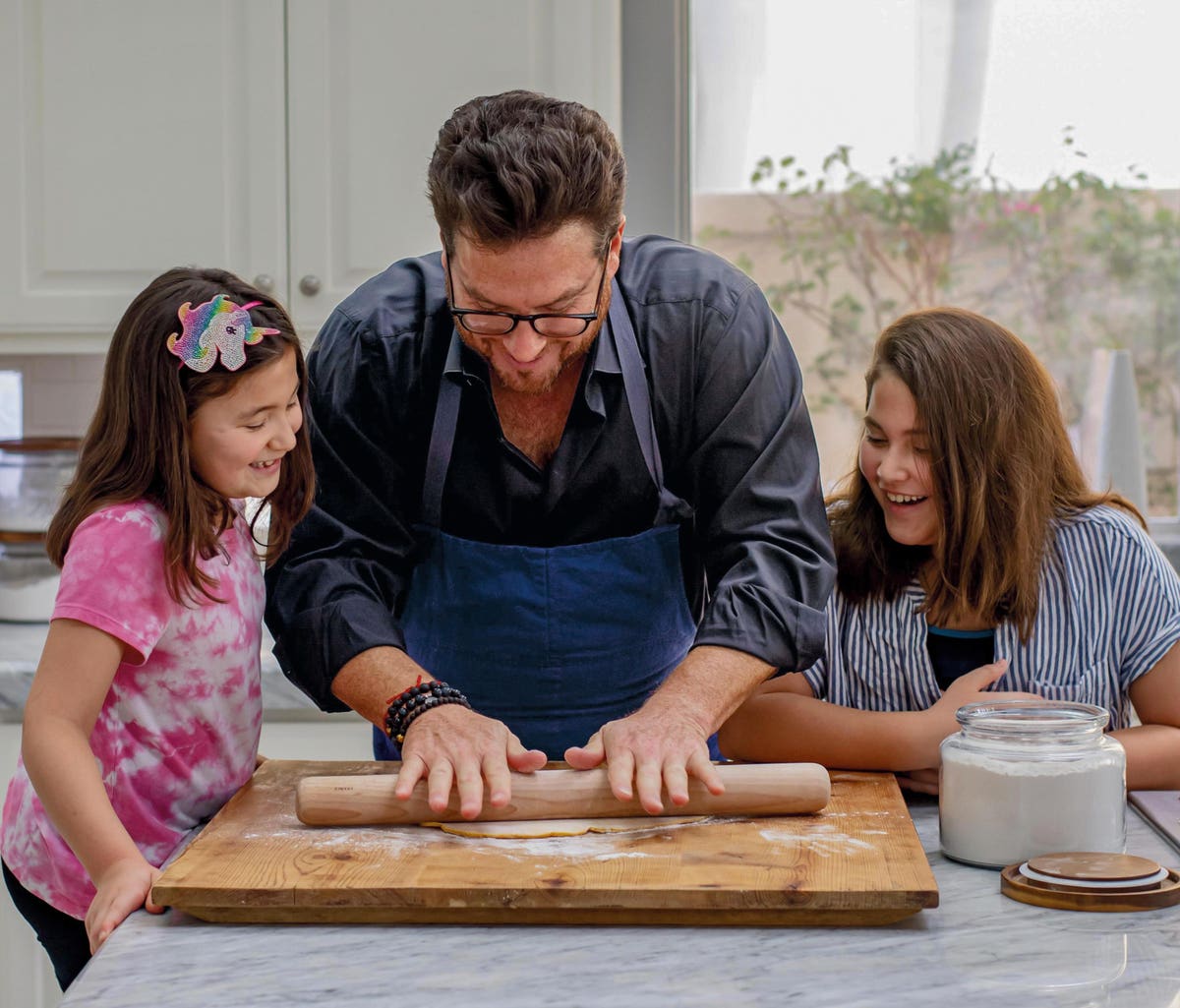