With a whopping 87% of Americans reporting they have tried Mexican food, the region’s cuisine is “by far the most consumed Latin cuisine, reflecting not only the availability of Mexican cuisine, but also the profound influence on US food culture,”​ according to a recent Flavor Flash report from T. Hasegawa.

Trailing a distant second among the types of Latin American cuisine that North Americans eat was Cuban with 23% of Americans reporting eating it. Puerto Rican came in third at 18% with Brazilian and Columbian jockeying for Americans attention at 13% and 12% respectively. Rounding out the list, is Peruvian at 8%, Venezuelan at 7% and finally Chilean at 5%.

And the best to place to start is with Millennials and Gen Xers, who already show a stronger affinity for the flavors of Latin American than older Baby Boomers and younger Gen Zers, according to the report.

While Generation X is more likely to expect Latin American flavors on non-Latin menus at 25% compared to just 21% of Millennials, T. Hasegawa reports that “Millennials are the most avid patrons of foodservice, and their interest in menu diversification with Latin foods points to signs that there is room to grow less-frequently consumed Latin cuisines and also that operators have some room for Latin menu innovation.”​

That said, the report was quick to debunk the myth that Millennials are ‘solely responsible for driving cuisine exploration and food trends,’ noting that 44% of Gen Xers sometimes eat Latin cuisine and 33% regularly eat it, compared to 42% and 36% of Millennials, respectively.

Another strategy to introduce more Americans to Latin American flavors and foods is to offer them in smaller formats, like snacks, appetizers and handheld foods “because they require less commitment”​ than a full lunch or dinner entrée, the report notes.

For support, it points to results from a survey of more than 1,700 Internet users conducted in April that found snacks were considered the most ‘exciting’ format – capturing 59% of respondents’ support.

However, it also noted that currently only 21% of survey respondents typically eat Latin flavors as snacks and only 20% do so with appetizers, while 53% report consuming them at lunch and 79% do so at dinner. But rather than see this as a roadblock, the report positions this as a market opportunity and white space in the market.

Beyond snacks, offering sauces, seasonings and ‘quick scratch’ solutions that allow consumers to try and customize Latin American dishes and flavors at home but with less time investment could also facilitate adoption of the trend, according to the report.

Flavors used prominently in fast food or prepared dishes from the store also are closer to making the hop to kitchen pantries as they are more familiar. Examples from fast food restaurants include chipotle pepper, al pastor, and tajin, while those from dishes prepared at a store include poblano, plantains and chimi-churi.

Innovators that embrace Latin American flavors will need to overcome some notable stereotypes if they want to connect with modern shoppers – most notably is the association of the flavors with indulgence.

According to the report, only 25% of adults surveyed in April associated Latin American cuisine with ‘healthy’ – far fewer than the 36% who associate it with ‘comforting.’

“Some Latin cuisines and foods may come saddled with a less-than-healthy reputation, but brands can work to alter that perception by strengthening ties between whole and plant-based foods used in Latin cuisines and their nutritional benefits,”​ the report notes.

Mon Nov 1 , 2021
Mitchell Schwartz of the Kansas City Chiefs walks off the field before a game against the Tennessee … [+] Titans on Nov. 10, 2019. (Photo by Wesley Hitt/Getty Images) Getty Images While not suiting up for an NFL team for the first time in a decade, Mitchell Schwartz has delved […] 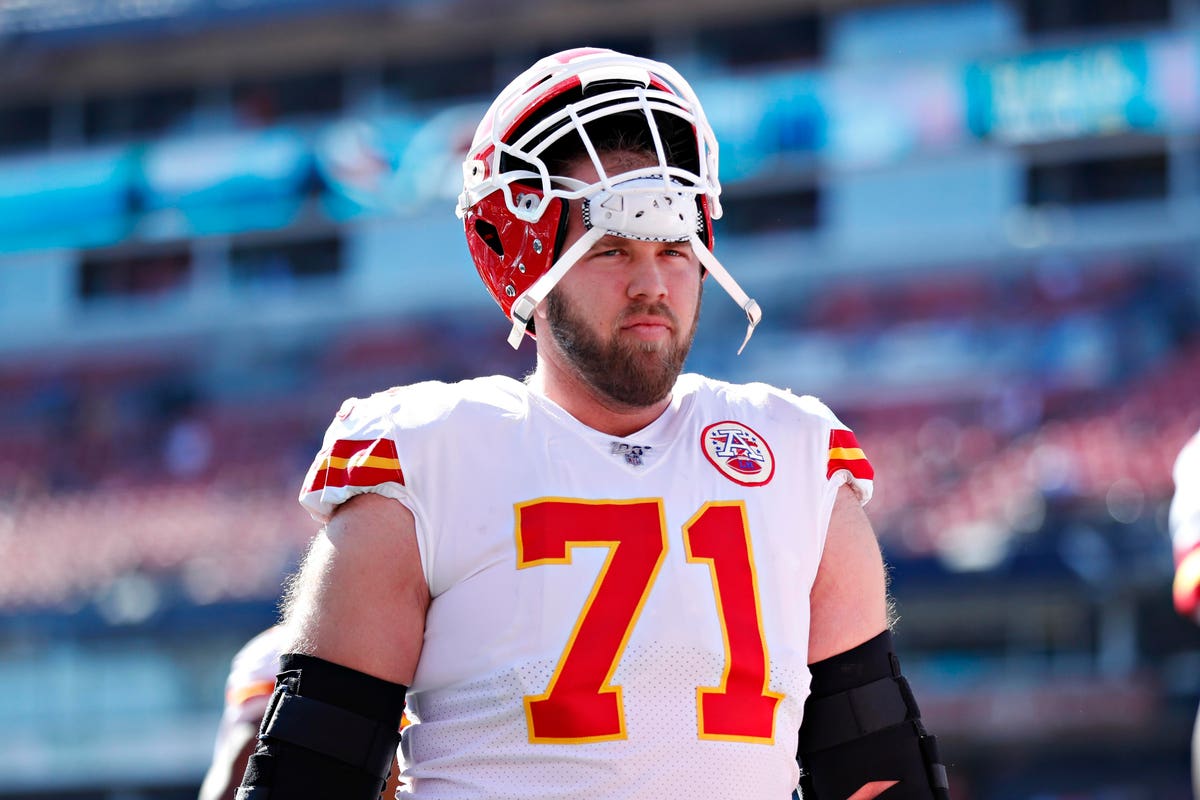