Thanks to the baleada, I will always think about breakfast when it comes to Honduran food.

This is an anytime dish that starts with a griddle-crisp flour tortilla, smashed beans and crumbled white cheese. Add egg and avocado and you can say good morning to something better than most breakfast tacos.

A baleada was the first thing I tried at Alma back when this Bywater restaurant opened in the fall of 2020. It’s been a staple of the restaurant’s booming brunch business from the start.

Lately though, Alma has been making me reassess what I thought I knew about Honduran cuisine, especially at dinner.

Starting over the winter, chef/owner Melissa Araujo has been serving an evening menu that, at a glance, might be from any number of modern American bistros. But in inspiration and execution this could only come from Alma.

Alma means soul in Spanish, and Araujo created her restaurant to showcase the heart and soul of her own family’s Honduran roots with her own ideas and experiences from the broader culinary world. It’s an approach she’s seen propel other cuisines, and at Alma she is taking Honduran flavors to the next level.

A blend of ideas

The scallop crudo set the tone at one dinner. This was inspired by the ceviches Araujo’s father liked to prepare during summers at home in Honduras. Her version, often running as a special, gleams under a coating of salsa verde, served elegantly in a palm-sized shell, and tasting sweet, buttery and of the sea.

Mussels heaped with fries looks like a French bistro standard, but Araujo blends in some elements of Honduran seafood soups to set it apart. He uses caramelized onion instead of the more Gallic fennel and a big dose of lemon that brightens the rich, garlicky broth.

“Pork belly” and “salad” are not words you often see used together, but Alma’s pork belly salad presents a nice contrast between the crisp, dense wonks of meat and the interplay of fresh herbs and salad greens, tied together by a coconut milk vinaigrette.

The chef’s mother is from Sicily, and this family line shows up on the Alma menu too. There’s a whole roasted eggplant that’s smoky and silky, paved with garlic and chives, over a bed of yogurt whipped with olive oil and dill.

Another is the pasta, made with ruffled mafalde noodles to catch a hearty, deeply-flavored ragu of pork and beef and mushrooms, with fresh oregano leaves to finish it off.

Every Thursday we give you the scoop on NOLA dining. Sign up today.

Like the baleadas and other dishes from the daytime menu, dinner does have some straight-up Honduran street food with a more polished preparation. That’s true of the pastelitos, empanada-like meat pies with bubbly crusts and braided edges, and the enchiladas, which, following the Honduran style, are not rolled but open-faced disks of crunchy tortilla topped with beef and cabbage, boiled egg and a tangy, earthy hot sauce.

A few dishes cross over between lunch and dinner, including the tomato salad and the pork belly salad, though lunch is more the domain of sandwiches and traditional Honduran plates.

The pollo chuco (sometimes called pollo con tajadas), is a must for fried chicken lovers, planting garlicky fried bird over thin-sliced plantains, cabbage and pickled onions for a blend of crunch, all drizzled with mild, savory, creamy sauce.

The wine list is short, and the cocktails a focus at the bar. Try the “chef’s old fashioned,” made with weighty Diplomatico rum, or the paloma No. 2, with its cap of “salt air,” a layer of salty foam that mingles with the tequila and grapefruit with each sip.

Araujo spent six years cooking in Italy, chasing her mother’s family roots. In New Orleans, she worked at Mondo and the high-end French Quarter restaurants R’evolution and Doris Metropolitan, among other stops. She built her own catering company, Saveur, and developed her concept for Alma in pop-ups and a stint at a food court.

Her restaurant started with breakfast and lunch, under the reasoning that these meals could be the most accessible for people new to Honduran food. Now with dinner, Alma is in full bloom.

Alma is a small, stylishly modern restaurant done in tile and bare wood. It’s full service, but still casual. Outdoor tables, partially sheltered by the high gallery above, double the seating. The bar doubles as a coffee counter for takeout drinks, including coffees from a farm-to-cup roaster in Honduras, also called Alma, which is robustly flavorful.

Honduras and New Orleans are entwined through history, from the start of the fruit trade that ran from Central America through the New Orleans port. Today Hondurans comprise the largest Latin American population in New Orleans.

There are many down-home Honduran restaurants in the area, especially Metairie and Kenner, and the larger community has been learning more about this food. Their calling cards are big flavors and fantastic value.

Alma is not simply a fancier, and correspondingly pricier, version of Honduran cooking. It’s a gateway to new ideas flowing from it.

Fri Apr 22 , 2022
BUFFALO, N.Y. (WIVB) — Even while they dominate on the lacrosse area, sports are not the only factor at which Nichols seniors Emily and Lyla Allen excel. Cooking has been a enthusiasm for the twins for their entire life, and they’ve turned that passion into a aspect hustle. “My parents […] 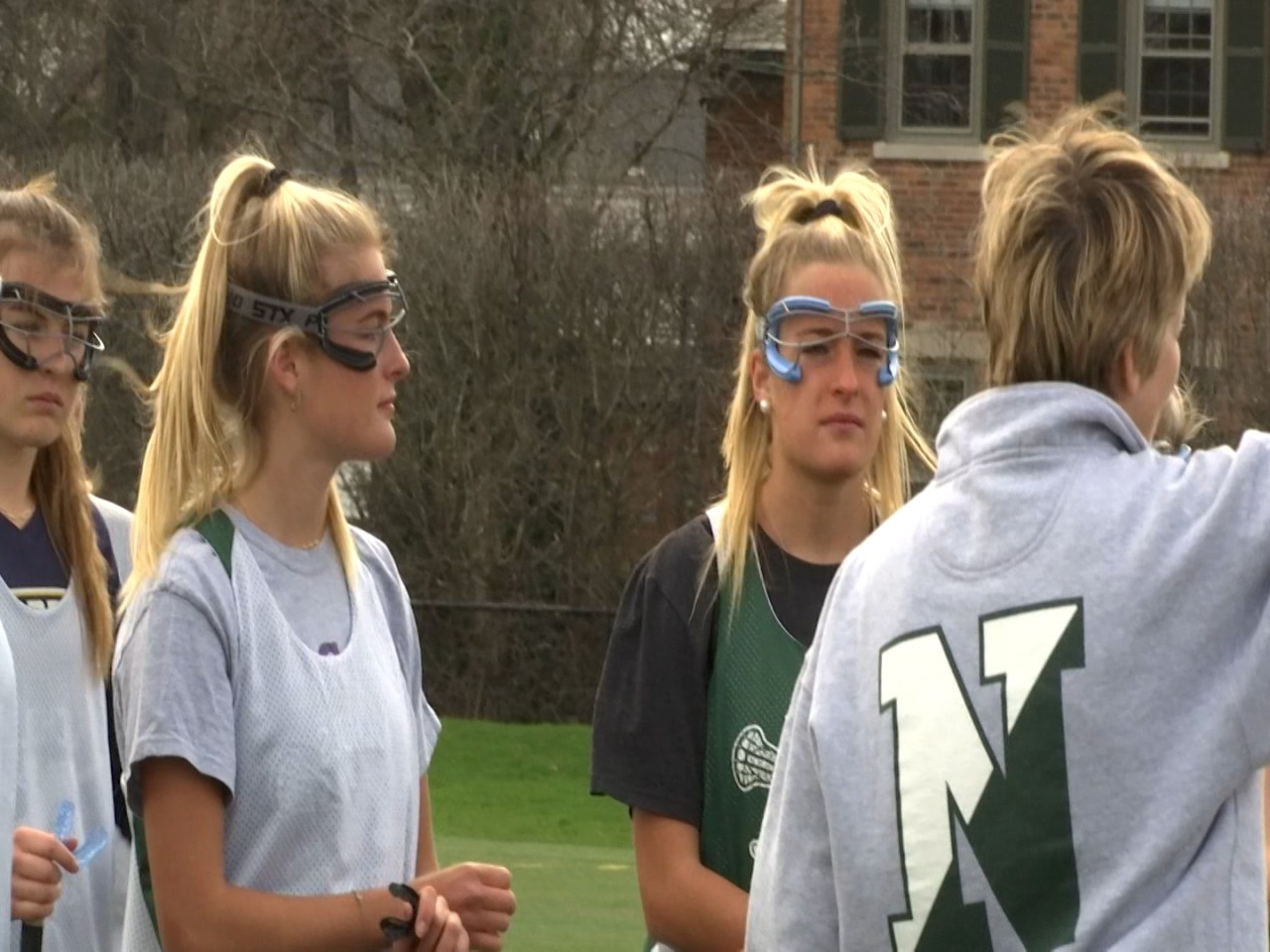