Noma, which finally received its third Michelin star this year (having held two Michelin stars for over a decade) and is widely known and credited for its creative interpretation of Nordic cuisine in Copenhagen, Denmark, claimed the number one spot and takes home The World’s Best Restaurant and The Best Restaurant in Europe awards. For Hong Kong, The Chairman, which is currently Asia and Hong Kong’s Best Restaurant comes in at number 10 and makes Hong Kong proud with the Highest Climber Award, jumping up from number 41 in 2019.

Overall, eight restaurants from Asia make the list, including Odette in Singapore, which comes in at number eight and is awarded The Best Restaurant in Asia. Den and Narisawa in Tokyo, Japan rank at number 11 and 19 respectively, Ultraviolet in Shanghai comes in at number 35, while Sühring in Bangkok takes 40th place. Other Asian restaurants that are new entries include Burnt Ends in Singapore and Florilège in Tokyo.

According to the 50 Best organisation rules, previous number one restaurants are no longer eligible to be voted on the list again. However, even though Noma claimed the top spot in 2010, 2011, 2012, and 2014, they qualified for the list as it opened in a new location in 2018. So, apparently, that’s OK then. Other previous champions that have come from the United States, UK, Spain, Denmark, Italy and France, will be placed in a category called ‘The Best of the Best’, a list of all the restaurants that have been awarded The World’s Best Restaurant over the years.

At this moment, no Asian or South American restaurants have ever made it to the top of the list, nor are there any restaurants from the Middle East, North Africa or India. Meanwhile, only four restaurants in the top 50 list are helmed by female chefs. With this in mind, it’ll be interesting to see how equality will feature on these prestigious and global best restaurants lists in the future.

The announcement of the World’s 50 Best Restaurants 2021 took place during a live ceremony in Antwerp, Belgium and while some were able to attend the ceremony, many chose to watch it virtually via Facebook or YouTube due to travel restrictions and safety, which is something we have all had to get used to these days and may still be the way forward for award ceremonies to come.

Don’t forget to check out The World’s 50 Best Restaurants 51-100 list in which three Hong Kong restaurants are awarded.

Want to hear about the latest restaurant openings, pop-ups, and events in the city? Subscribe to our newsletter and be the first to get the news.

Wed Oct 6 , 2021
Posted on August 24, 2021 at 6:00 am By Crystal Miller This year’s Pig Out in the Park—the annual gathering for foodies and music lovers—has been cancelled, but you can still enjoy tasty food to celebrate the end of summer! For fair food at home, great lunch box recipes, and […] 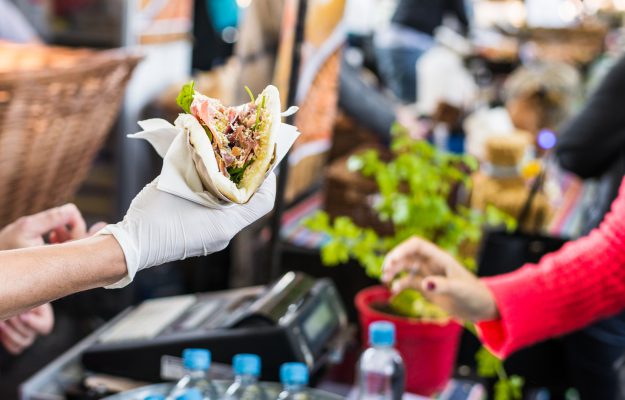