The chef Goffredo Fraccaro embraced life with a joy he just could not keep to himself.

He wove it into his food, especially at his best-known and influential restaurant, La Riviera in Metairie. He expressed it through his favorite cause, Chefs’ Charity for Children. And he shared it through stories of life from his native Italy to his adopted New Orleans home, all told in a gregarious tone and heavy Italian accent.

“He could always tell a story you’d never heard before, he’d done so much,” said his grandson Michael Jagot. “He was a life force, and he inspired so many people to start cooking.”

Fraccaro died Tuesday, Jan. 11, at age 96. Jagot said Fraccaro had been contending with several health issues before succumbing to illness at Ochsner Medical Center in Kenner.

Born in Genoa, Italy, in 1926, Fraccaro always said he had been cooking his entire life, including a stint in the Italian navy during World War II and later in the merchant marine. He was working on an Italian vessel when he first laid eyes on New Orleans, and decided he wanted to make the city his home.

“The way New Orleans is put together, the tight-knit communities, it felt like home to him,” his grandson said. “He enjoyed the life here.”

He arrived in Louisiana in 1960, and by 1964 he was chef at the Baton Rouge Italian restaurant The Little Village.

He later moved to New Orleans, where he opened an ambitious French Quarter restaurant called Il Ristorante Tre Fontane, which was described as “the city’s first big-deal Italian restaurant” in the book “Lost Restaurants of New Orleans” by Tom Fitzmorris and Peggy Scott Laborde. This closed after a few years, but his next restaurant, La Riviera, would achieve lasting success.

Here, Fraccaro introduced many traditional Italian dishes to New Orleans, serving them next to an upscale version of Creole-Italian fare that would set a standard for years to come. His crabmeat ravioli was a signature dish.

Every Thursday we give you the scoop on NOLA dining. Sign up today.

It was during this time that the government of Italy made him a knight, or cavaliere, in recognition of his culinary achievements, one of Fraccaro’s proudest achievements.

La Riviera was ruined by flooding from Hurricane Katrina, and it never reopened.

But Fraccaro maintained strong ties with others in the field, especially those he joined each year at Chefs’ Charity for Children, a fundraiser for St. Michael’s Special School.

“Everything I do is for love, and that’s what it was always about,” Fraccaro once said of his commitment to the event.

From its early days, the event gathered culinary luminaries, and Fraccaro reveled in the community and purpose they shared.

“We have — in Italian we say, cameratismo — camaraderie, that good feeling of being together,” Fraccaro said in a 2017 interview. “All us chefs, we have that feeling.”

Fraccaro was preceded in death by his wife of 69 years, Maria, and by his granddaughter, Donna Jagot. He is survived by his daughter Maura and his grandson.

Following the story of New Orleans food means rolling into a lot of great meals and tracking changes in a field that’s constantly in flux. It …

Alzina Toups, 94, sat at the head of a long lunch table at her great-grandson’s restaurant, Kajun Twist & Grill in Lockport. It was filled…

There are many ways to sum up a year in the New Orleans dining scene. Below, I’m giving you 52 of them, snapshot style, with tastes that contr…

What to Cook Right Now

Sun Jan 16 , 2022
Fantastic morning. Everybody keeping up the place you keep? These are some tricky occasions! It’s important to try to remember that your excellent working day might be a terrible a person for a person else. Your finest bet, as ever, is empathy and a bias toward fantastic will. My good […] 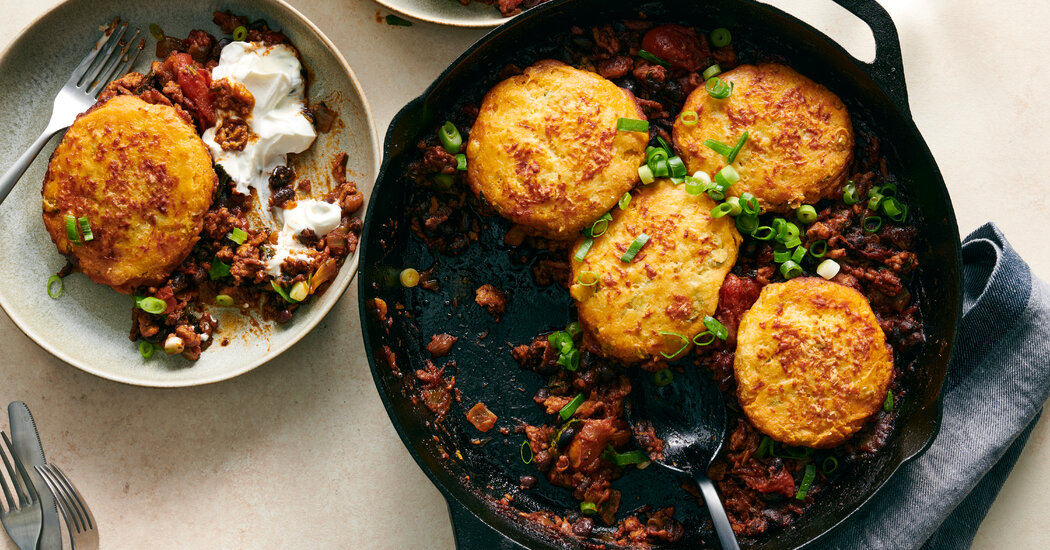