Street food is an old notion that arose from the need for quick access to light food to satisfy hunger. These are ready-to-eat foods and beverages offered by vendors in open public spaces, primarily on streets. Dhaka street food is well renowned all over the world for its diversity and its unique combination of mouth- watering flavors. Bengali cuisine emphasizes items such as fish, lentils, and rice, and is known for its delicate yet often spicy flavors. Dhaka street food in Bangladesh is significantly influenced by British food, Chinese cuisine, and Turkish cuisine, in addition to having a large influence from West Indian and South Indian cuisines.

Today, let’s have a look at 10 of the most popular street food items found on the bustling streets of Dhaka.

In almost all the places of Dhaka, wherever they sell fuchka, they sell chotpoti as well. It is almost as if one is incomplete without the other. In Dhaka, the carts that sell these can be found on most of the main streets. Fuchka is a hollow crispy shell with mashed potatoes, yogurt, tamarind syrup, chili powder, or chickpeas, depending on the type of fuchka. It is then dipped in tamarind-infused water and consumed once the water has been absorbed. It is delectable, and the greatest Fucka in Dhaka is unquestionably on the streets. However, everyone should be mindful of their tolerance for heat, as Dhaka cuisine, particularly fuchka, can be incredibly spicy and may even burn the tongue.

Chotpoti is yet another popular Bengali street cuisine that is widely consumed in Bangladesh, West Bengal, and other urban regions. “Spicy” is how the word “chotpoti” is translated. The major ingredients are potatoes, chickpeas, and onions, which are generally topped with sliced chilies or grated boiled eggs. Tamarind chutney, coriander leaves, cumin, and crispy puri are also popular toppings. It has a fiery, acidic flavor and is typically eaten hot.

Jhalmuri is a popular Bangladeshi and Indian snack made by simply throwing together a few ingredients. The name of the dish explains what it is all about: jhal means spicy, and muri means puffed rice, which is also the major ingredient. This savory delicacy is sold in a thonga—a paper cone—and may be found at a variety of street food shops. In general, diced cucumbers and lemon juice are two of the many ingredients that give jhalmuri its zesty and refreshing flavor. Due to the great amount of chilies used in it, it is rather spicy, but if one has the stomach for spicy cuisine, this is the snack to try. To mix the puffed rice with lemons, ghugni, and some chanachur, a variety of seasonings are employed. Jhalmuri is such a common street food item in Dhaka that it can be expected to be found at most corners of any busy street.

If the two words are separated, “raj” translates to “royal/ grand”, and kachori refers to a flaky, crispy savory snack/pastry created by deep frying dough. On the streets of Dhaka, different sorts of kachoris are created; some are packed, while others are plain, but they are all crispy. When compared to Raj Kachori, most kachoris are really simple, making this kachori the king of all kachoris. And that is why it is so full of things, because it is over the top in terms of flavor and appearance. A Raj Kachori can be compared to a large fuchka where the kachori and the filling are the two main components of this meal. It is frequently garnished with pomegranate seeds, cilantro chutney, sweet tamarind chutney, spices, and pomegranate.

Because of the myriad of toppings used to garnish this street food, it looks really eye- catching and scrumptious and does not disappoint at all once it hits the taste buds. The streets of Mohammodpur Town Hall are known for selling these at a relatively low price.

Beef is used to make Sheekh Kebabs. They are marinated overnight with spices and sauces. The meat is skewered and placed on an open flame to grill in the evening, when the night approaches. These kebabs are not only for street food in Dhaka; they are frequently served as a complete meal. When served with luchi, they are at their best. Luchi is a deep-fried, tiny circular bread. This combo of beef sheekh kabab and luchi is unbeatable.

These are readily available in Dhanmondi, Mirpur, Khilgaon, Dhaka University and other places known for their street food items.

Bhortas should definitely be considered when trying out Dhaka’s street food. These can be cooked with anything from eggplant to salmon, but the greatest are mostly a fruit cocktail. They are served with a variety of sauces after being combined together. 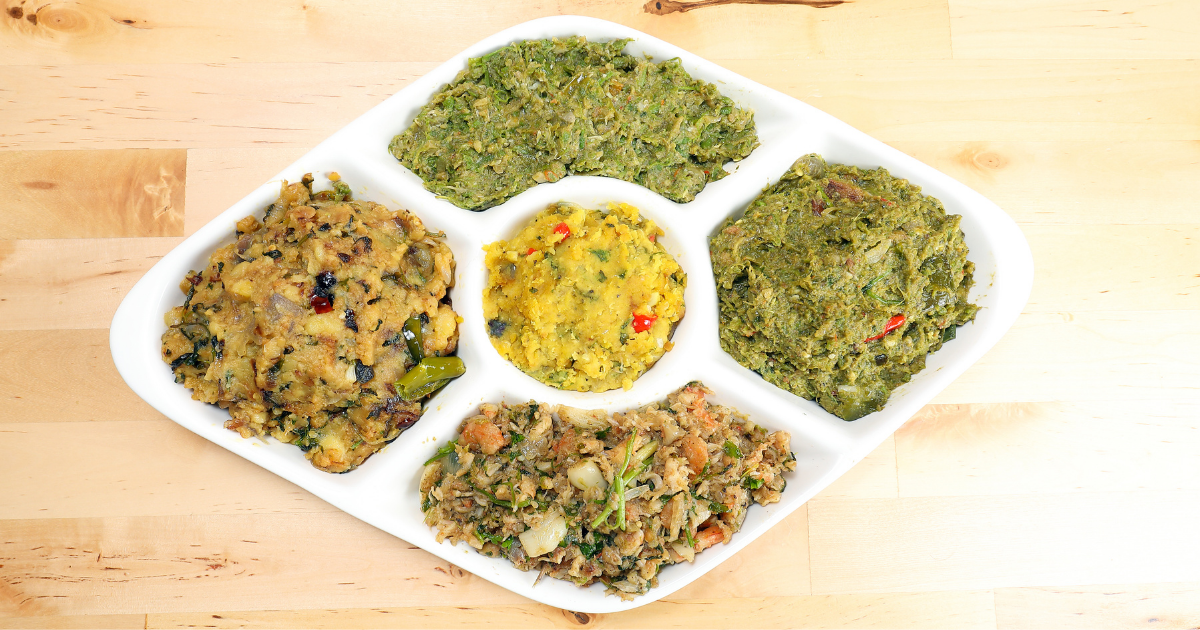 The bhortas are predominantly sour with a trace of sweetness, and depending on how they are prepared, they can be quite spicy. TSC is a popular gathering hub for young people when it comes to enjoying these tangy bhortas after a busy day. The kola bhorta found here is one of the most popular street side bhorta items because of its eccentric flavor that leaves a mark on the taste buds.

Basic parathas are a form of unleavened flatbread created in Bangladesh by rolling the dough into thin layers. Mughlai paratha is a variation that has keema or minced beef, egg, and a variety of vegetables stuffed inside. The vegetarian option simply eliminates the meat from the recipe. This food can even be eaten alone or with curry.

Bangladeshis usually consume smoky moglai paratha as a breakfast meal; while some prefer this food as an evening snack or dinner. Street food lovers can find these parathas pretty much anywhere in Dhaka, so they will not have to search too hard.

Puri is a wheat flour-based, unleavened, deep-fried flatbread. Puri can be eaten in a variety of ways, one of which is with aloo or potatoes. This is typically served as a brunch meal or as a snack with salad or curry on the side. Some people love to eat aloo puri with tamarind sauce.

Though aloo puri is mainly served as evening snacks in most of the local restaurants of Dhaka city, this food is available in some street food outlets all day long. In the morning, you can take a stroll through Dhaka’s streets or stop by a local café for some aloo puri to get the day started. These can be enjoyed the best when consumed hot and fresh.

It is impossible to talk about Dhaka street food, without mentioning Halim, a thick lentil soup. Local spices are used to make the greatest Halim in Dhaka. The meat, whether it is mutton, beef or chicken is an integral part of the dish.  This traditional Bangladeshi dish is cooked in a big pot on the grill or burner and served hot. Along with the halim, one can serve rice puffs or toast. It is a traditional Arabic dish and is often a popular Iftar item sold on street stalls and in bazaars. Its preparation is a lengthy and difficult procedure. Mint, lemon juice, coriander leaves, fried onions, ginger root, and green chilies can all be added to the dish.

Aamsotto is a delicious, dried mango variety. However, they differ from similar foods in many places of the world. This is a dry food that can be stored for quite some time. It is a sun-dried fruit leather produced from mango pulp combined with a strong sugar solution. Mango pulp is combined with potassium metabisulfite and dried in the sun on trays. After the first coat has dried, a second layer is applied and allowed to dry on top of it. The process is repeated until the required thickness is achieved. The thickness of the mango pulp varies depending on its quality. When the aashotto reaches this thickness, it is sliced into pieces and wrapped in oiled paper or packaged into different packaging for selling.

Puffed rice is one of Bangladesh’s most popular meals, and it is served in a variety of ways as a snack or a main course. Bhel Puris are made using a variety of sauces and seasonings, as well as freshly cut onions, tomatoes, and cooked potatoes. The tanginess of the tamarind syrup adds to its flavor and becomes the perfect aid to brighten up a busy afternoon in Dhaka.These foods are often sold in portable baskets that are hung from the neck of the vendors whose general targets are the people stuck in the never- ending traffic congestion of Dhaka.

Thu Dec 2 , 2021
If you’ve at any time been to a buying shopping mall, you know the irresistible pull of freshly baked cinnamon rolls. And perhaps their mouthwatering scent has compelled you to sink your teeth into 1 in the previous. If so, that is not automatically a terrible thing: Dessert — in […] 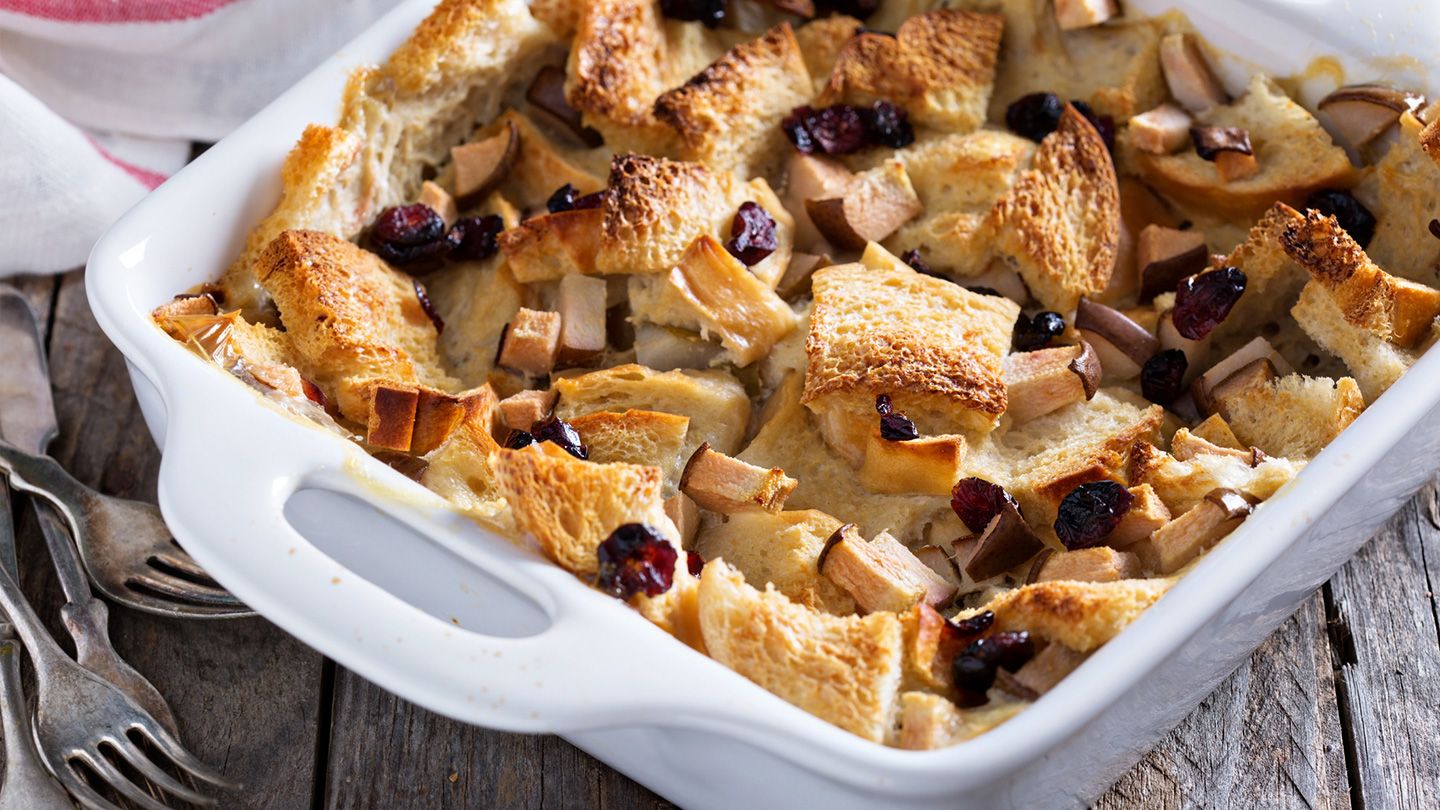