Noma in Copenhagen has just been named the best restaurant in the world for 2021 – for the fifth time.

Danish restaurants performed well this year in the World”s 50 Best Restaurants, as Geranium (also in Copenhagen) finished in second.

René Redzepi’s Noma previously topped the ranking in 2014, 2012, 2011 and 2010. This year’s win ties it with Ferran Adrià’s El Bulli – which previously held the record for the most top finishes.

The World’s 50 Best commended Noma for its innovative menu and use of foraged ingredients.

“No trip to Noma is ever the same, with René Redzepi and team constantly foraging for unexpected ingredients and turning them into beautiful plates,” says World’s 50 Best of the winner.

“Highlights from previous seasons include a groundbreaking vegetarian celeriac shawarma, a duck dish of leg, brain and heart served with claw, feather and beak, and sweet crab meat served on a flatbread cut into the shape of a crab.”

‘We are ready to welcome the world again’

In his first interview after Noma picked up the win, René Redzepi highlighted how much this means to him and his staff after a challenging 18 months in his industry.

He added that the award ceremony was the first time that he has been in a large group, because of the coronavirus crisis.

“The world is slowly figuring out how to live with this virus, and maybe us being together is an omen for the future!”

Redzepi also commended his team at Noma, highlighting their input and role in the restaurant.

“Sometimes when you go to an award like this…normally there’s my face,” he said, “and everyone knows that of course, no it’s not just me!

“I consider Noma to be a giant puzzle, and every person that’s been involved whether they’ve been an intern or something else, they have a tiny piece of its puzzle. Without everyone, it’s not complete.

“During these pandemic times I had huge ups and downs, mostly downs, and I can honestly tell you that what kept me going was knowing that…I have this extended family of people I trust, and that was everything.”

The annual restaurants list is created from the votes of The World’s 50 Best Restaurants Academy, an influential group of more than 1,000 leaders made up of food writers and critics, chefs, restaurateurs and international culinary experts, with a 50/50 gender balance.

The World’s 50 Best Restaurants did not issue an award in 2020, due to the ongoing COVID-19 pandemic.

The last time it was awarded, Mirazur in Menton, France took the top spot – only the eighth restaurant to do so since the list launched in 2002.

Here are the top 25 awarded this year:

The Chairman was awarded the Highest Climber Award, rising 31 places since 2019. Italy claimed recognition for Highest New Entry, with Brescia lakeside’s Lido 84 coming in at 15.

“Noma has arguably been the most influential restaurants of its generation, setting new standards in terms of research and ingredient sourcing, dish development and presentation,” said William Drew, Director of Content for The World’s 50 Best Restaurants.

The restaurant received a warm welcome back to Copenhagen in 2018 after closing two years prior to embark on a trip to Mexico for a pop-up – one of the most exciting food spectacles of that period.

“It has become one of the most sought-after dining destinations by consumers from all over the world and we are delighted to announce it as this year’s No.1”

You can find the list in its entirety here.

The rise of vegan food in unexpected places

Sat Oct 23 , 2021
Vegan cuisine is popping up in two places it wasn’t present before: fine dining and fast food. Why it matters: The single biggest way an individual can reduce their carbon footprint is to eat less meat and dairy. Now, the popularization of meatless meals could help curb meat consumption in […] 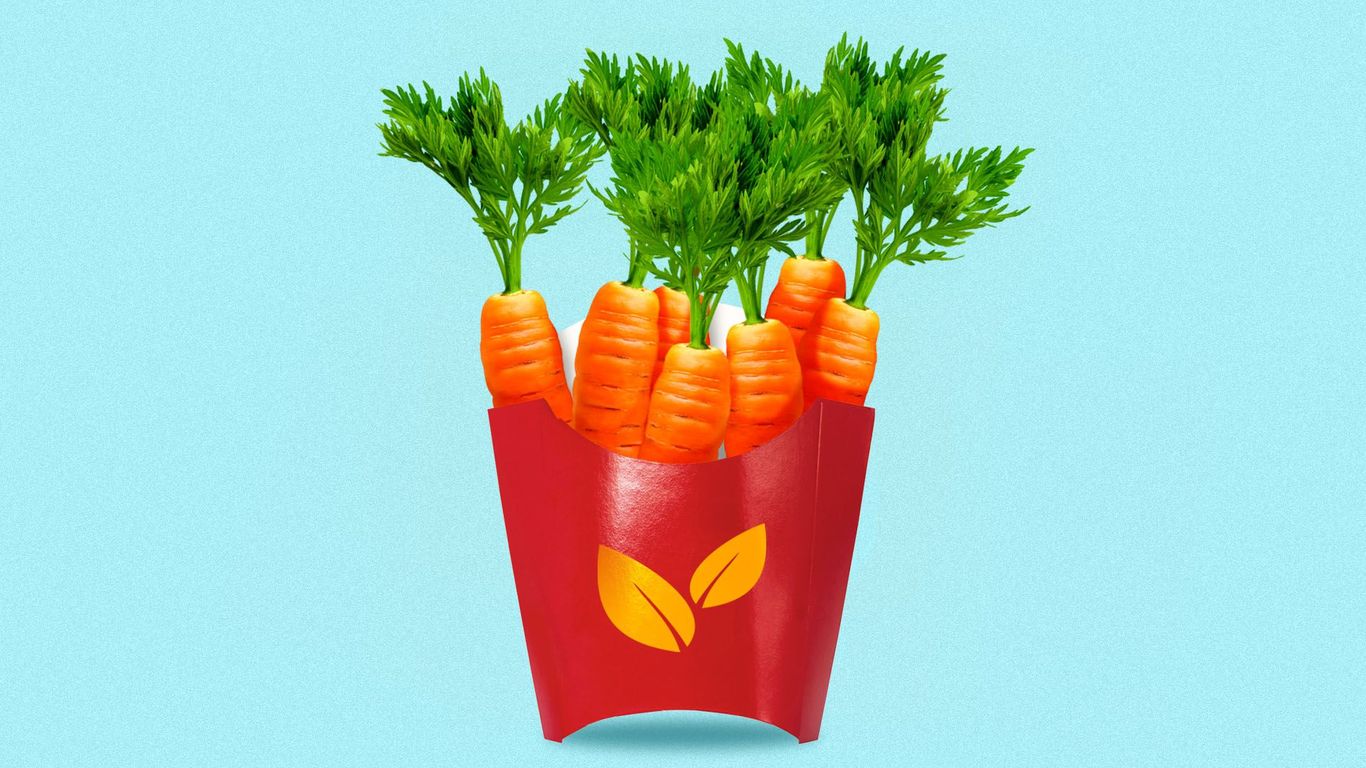