Everyone has their favorite restaurant of the moment. Chronicle restaurant critic Soleil Ho has a list of their Top 25.

Since the Chronicle Food + Wine team switched to producing a regularly updated Top 25 Restaurants list over one annual Top 100 list, they also have rolled out a full program of restaurant guides that are location and cuisine-specific.

We now have about 40 guides across geographic regions, dishes and cuisine types, including the best pizza in the Bay Area (or the East Bay if you live there), the best sandwiches, Japanese food, outdoor restaurants, best brunch, Ho’s infamous list of Top Burritos. Plus, much, much more.

“There’s no scientific or mathematical logic behind how I make my recommendations, to be honest,” Ho said. “When I make my lists, I consider if a given restaurant is exceptional enough in various categories: for Vietnamese cuisine, for restaurants of its general price tag, or for the Bay Area as a whole.”

Two eateries are making their debut on any Chronicle Top list in this update of Top 25: Animo and Imperial Soup.

Although the contenders on each Top guide change given the parameters, plenty of restaurants feature across several of the guides. There is, however, only a small group of restaurants that have impressed Ho and associate restaurant critic Cesar Hernandez enough to be recommended in four or more guides.

So what are they? Read on to find out.

(And is Ho surprised that these eight restaurants made the cut over and over again? Their response: “No, because they’re great!”)

Here are the eight restaurants featured in at least four Chronicle Top guides.

At Del Popolo, you can opt to dine on the patio or in its indoor dining room. While famous for its wood-fired Neapolitan pizza, sparsely topped not to overshadow the thin crust, its seasonal antipasti is also a hit with diners. Ignore BYOB in favor of ordering from its wide wine selection, aided by knowledgeable servers — Chronicle wine critic Esther Mobley tried an “earthy and vibrant” Lambrusco with her anchovy-topped margherita pizza that made her meal sing.

“A one-of-a-kind combination of food, art and film that’s pleased both movie buffs and gourmands in the Mission District for two decades,” Chronicle restaurant critic Soleil Ho writes. Foreign Cinema is a one-of-a-kind experience in San Francisco where you trade in popcorn and nachos for briny oysters and beef carpaccio. Its spacious courtyard was a popular brunch spot even before COVID, allowing patrons to watch movies on its 35mm projector as they dine.

Owner and San Jose native Jo Lopez takes pride in sourcing high-quality ingredients for Luna Mexican Kitchen. At Luna (which stands for Local, Unrefined, Natural, Authentic), the showstopper is the deluxe mixed grill — a tower of lobster tails, ribs, carnitas, sausage and more, perfect for a family-style meal. But if you’re coming by for breakfast, Ho recommends the lighter nopales and tomato scramble, paired with Rancho Gordo beans and fresh tortillas.

At the ever-busy izakaya Rintaro, patrons can order $50/person set menus, making it what Ho calls “one of the best gourmet deals in San Francisco.” The seasonal menu runs the gamut, from tempura-fried Brentwood corn, locally caught fish and hand-rolled udon noodles. Take a seat on their enclosed courtyard, which is filled with plants, and enjoy a sweet umeshu cocktail. Chef Sylvan Mishima Brackett was recently named a James Beard Award semifinalist.

Detroit-style pizza is on the menu at Square Pie Guys in San Francisco’s SoMa neighborhood. Anchored by a thick and fluffy focaccia-like dough, their pies are topped with curled pepperonis and crispy cheese for maximum effect. The Mean Green Machine, a broccoli and garlic ricotta cream pie drizzled with Mike’s Hot Honey, will dazzle even the most dubious. (Square Pie Guys now has an outpost in Oakland, too.)

You can order the tried-and-true at Zareen’s in Palo Alto, such as garlic naan and paneer tikka masala. But for diners on the Peninsula who are looking for homestyle South Asian dishes, there’s also plenty to explore. At this halal Indian-Pakistani restaurant, you can also order cumin-scented beef chapli kebabs done up with mint chutney on a burger bun, or go vegetarian with the samosa burger. There are two other Zareen’s locations in Redwood City and Mountain View.

According to Ho, this is the best place to find modern California cuisine in the airy, rolling hills of Livermore. Range Life co-owner and chef Bill Niles places special emphasis on local, seasonal ingredients in dishes such as toast with sweet peas and caviar butter and Half Moon Bay petrale sole. Co-owner and wine director Sarah Niles has also curated a “fun, accessible” wine list.

This high-end dim sum restaurant from the brains behind Koi Palace has made it onto six “best of” lists outside of the Top 25. It dazzles with lobster har gow and acorn-fed iberico pork char siu. But dim sum isn’t Palette Tea House’s only strength: Ho recommends you try the squid ink fried rice and housemade XO sauce made with dried scallops and shrimp. To visit the restaurant situated on the edge of Ghirardelli Square is to indulge in the stunning views of Fisherman’s Wharf and the San Francisco Bay, too.

In this edition of the Top 25 Restaurants, Ho is saying goodbye to Charter Oak, Ettan, Indian Tadka, La Ciccia, PizzaLeah and Shawarmaji. They’re no less great, they said – just making way for new contenders. (Go here to see which restaurants have been added in their stead.)

Both Ettan and La Ciccia have made it onto Chronicle “best of” lists at least four times before departing from the Top 25.

To eat the most “luxurious” Indian cuisine, Ho recommends you visit the elegant Ettan in Palo Alto. Chef Srijith Gopinathan was a James Beard Award semifinalist this year for his take on coastal Keralan cuisine. If you visit, consider the small plate-size items such as the Ettan salad, filled with seasonal produce, puffed rice and a fermented curry leaf chutney. And get a load of their 6,000-square-foot dining room, decorated with indigo tiles, a glass dome and an enclosed patio.

Seafood-centered La Ciccia has been a fixture on Chronicle top lists since Michael Bauer was the paper’s restaurant critic. Standouts recommended by both Bauer and Ho include baby octopi simmered in spicy tomato stew, grated tuna heart atop fresh pasta and traditional Sardinian pani guttiau. Don’t sleep on the wine, either, wine critic Mobley writes – the Sardinian beverage selection is “esoteric, but not self-conscious; specialized, but not dogmatic; challenging, but not intimidating.” La Ciccia will be under new ownership as of April 17, after 16 years of management by Massimiliano Conti and Lorella Degan.

Fri Apr 8 , 2022
Veganism has come a long way in a short period of time, with interest in plant-based eating and more sustainable dining habits skyrocketing in the last decade. In fact, according to a study by Ipsos Retail Performance, the number of Americans who identify as vegan has increased by more than […] 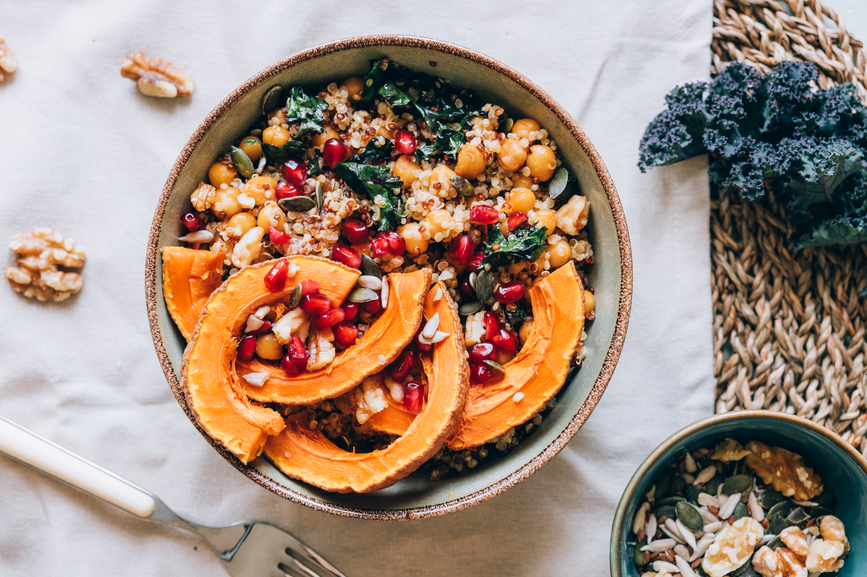