Starting November 1, Atlanta chef Yvette Becerra and their pop-up Gorditas ATL begin an ongoing residency at BBQ Cafe across from Kimball House in Decatur. Open for breakfast and lunch on Mondays and Tuesdays, Gorditas ATL specializes in Mexican street tacos and snacks.

Becerra founded Gorditas ATL as a preorder burrito business with partner Jessica Hamilton last spring, following two pandemic-related restaurant layoffs. The couple’s initial foray into the pop-up scene began with making and selling boiled peanuts from their home. But as days turned into weeks without a job, Hamilton encouraged Becerra to consider pursuing a more fulfilling food enterprise, and one that reflected the chef’s Mexican heritage. The fledgling burrito business was dubbed Gorditas ATL, a name inspired by Becerra’s childhood nickname, La Gorda.

In its early days, weekly menus were posted on Instagram, with people placing preorders online and paying via Venmo for pick up on Saturday mornings from a parking lot in Candler Park. With Hamilton running day-to-day operations and orders, Becerra was free to develop the menu, concocting breakfast burritos brimming with eggs, Oaxacan cheese, beans, and meats like chorizo or fried chicken.

Becerra and Hamilton say they carried on with the business like this for months, before a fateful meeting with Nur Kitchen executive chef Shay Lavi changed the course of Gorditas ATL from a preorder burrito business to a pop-up kitchen serving tacos and other Mexican street foods.

“I was jobless and we were kind of doing boiled peanuts as a side hustle, and then the preorder burritos,” Becerra says. “We were introduced to Shay, and he immediately liked the idea behind Gorditas ATL and told us we should be doing a pop-up.”

With dollar tacos advertised on Instagram and equipped with only a portable flattop and a propane flattop from Becerra’s mother, the first pop-up was held in the driveway of their home last September. Becerra remembers Lavi showing up with his cutting board and knife to help. Cars were parked up and down the road leading to the house, with people eating outside their vehicles or on picnic blankets in the yard. The line to order food stretched down the driveway.

“It was just incredible to see the community come out to someone’s driveway for tacos,” says Becerra. “It was at that moment I just lost it. I couldn’t even contain the emotion.”

Becerra has since expanded the menu beyond street tacos, with flautas, tostadas, and elote now counted among Gorditas ATL’s best sellers. Hamilton focuses her time on scouting new locations around Atlanta to hold the pop-up, including at Kelly’s Market next door to BBQ Cafe and under the portico for the future wine shop at butcher and market Chop Shop in the Edgewood neighborhood.

“We’ve been at BBQ Cafe three times now for pop-ups and they asked us to come back after the last one and do a collaboration,” says Hamilton. “The colder months are coming up and we approached the owners about doing a residency on Mondays and Tuesdays when the restaurant is normally closed.”

Other than its popular street tacos, Becerra is staying mum on menu for the BBQ Cafe residency, only saying it will feature a signature breakfast sandwich called the El Gordito made with chorizo and a folded egg topped with queso fresco served on a brioche bun. People can also expect one-off specials, occasional taco Tuesday dinners paired with Micheladas, and the small patio in front of the takeout window bedecked in decor fitting the vibe of Gorditas ATL.

Becerra and Hamilton had considered turning the business into a food truck. But as the pop-up continued growing in popularity over the last year and garnered several regulars, plans shifted to the possibility of opening a small restaurant.

Those first steps toward permanency begin with the open-ended residency at BBQ Cafe.

“We’re starting to think about what Gorditas ATL as a restaurant would look like long term. At first, we felt having a brick and mortar would be limiting, but now we are starting to see different ways it could exist,” says Hamilton. “It will be nice to be able to have this residency at BBQ Cafe to kind of see what it might be like to have a brick and mortar restaurant.”

This includes considering not being open seven days a week and hosting pop-ups in the kitchen on the days Gorditas ATL would be closed, much like how My Abuelas Food, 8ARM, and Woodward and Park currently host pop-ups each week.

“I think this whole time we’ve been doing this pop-up, we’ve been letting it lead us to decisions. We’re not in any rush,” Hamilton adds. “But it’s been beautiful to witness people believing in us and in Yvette’s dream that they have held their entire life.”

Best Indian Restaurants in Artesia, for Diwali and Beyond

Fri Nov 5 , 2021
India is the second most populous country and the 7th largest country in the world, with a population of over 1.3 billion people. It shares land borders with Pakistan, China, Nepal, Bhutan, Bangladesh, and Myanmar, and is home to a wealth of cultures, cuisines, and traditions that one can spend […] 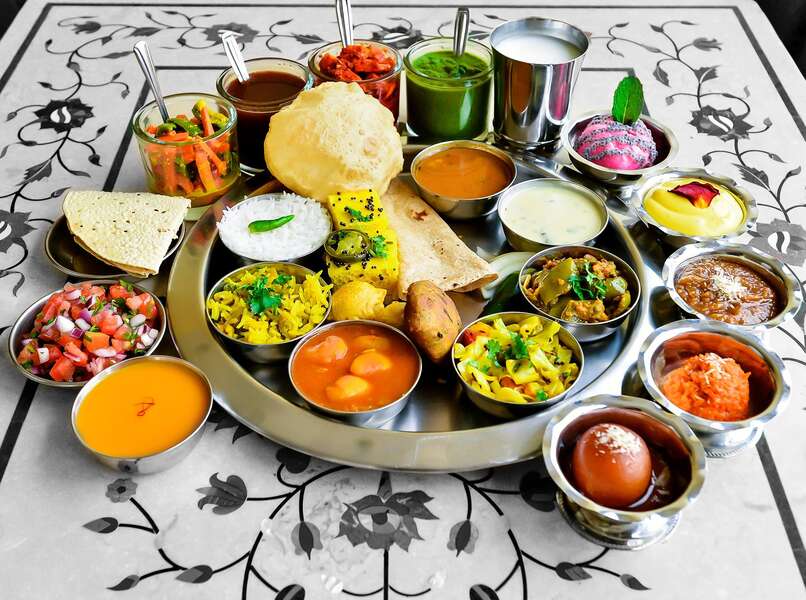