Tatar cuisine is one of the most popular in Russia. Their triangular pies, called echpochmak (literally “three corners”), will win the hearts of any gourmand. Another type of Tatar pie is called elesh, which is similar to echpochmak in taste but is shaped into a circle with “lid” on top. The filling for both types is usually chicken or meat, along with potato and a broth—a foolproof combination that makes these pies so yummy and juicy.

Local sweets are usually based on honey and include the famous chak-chak—deep-fried cookies in syrup—and a kind of cone-shaped honey treat called talkish kaleve. 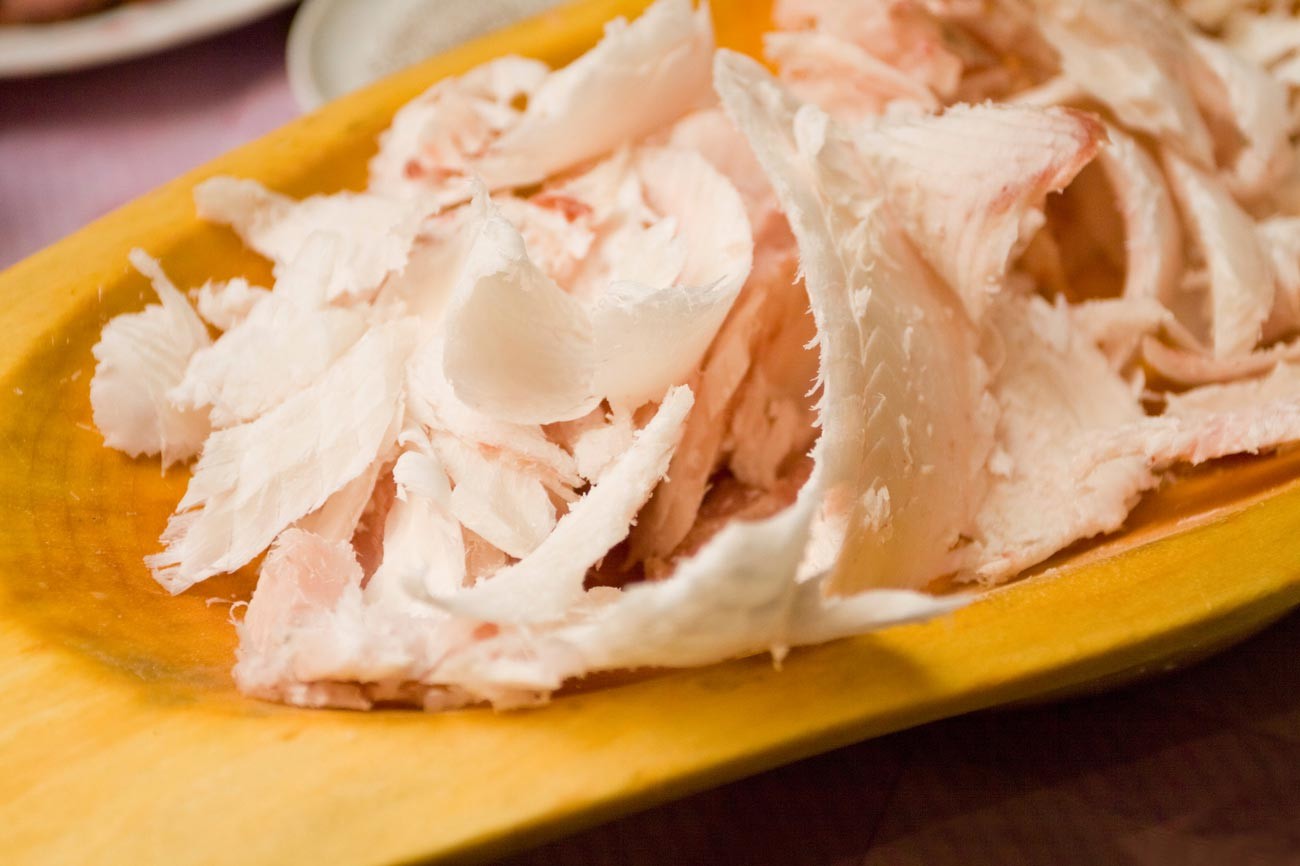 The indigenous people of Yakutia also have delicious foods. Yakuts live in harsh conditions of permafrost with an eternal winter, and so their cuisine is light on fruits and vegetables, but includes a lot of meat and fish. The main dish is, of course, stroganina, which is frozen fish cut into thin shavings. Next comes Indigirka Salad, which is named after the Yakutian river and made from chopped frozen fish with onions and sunflower oil. Make sure to save room for a dessert from frozen berries with sour cream called kyorchekh. 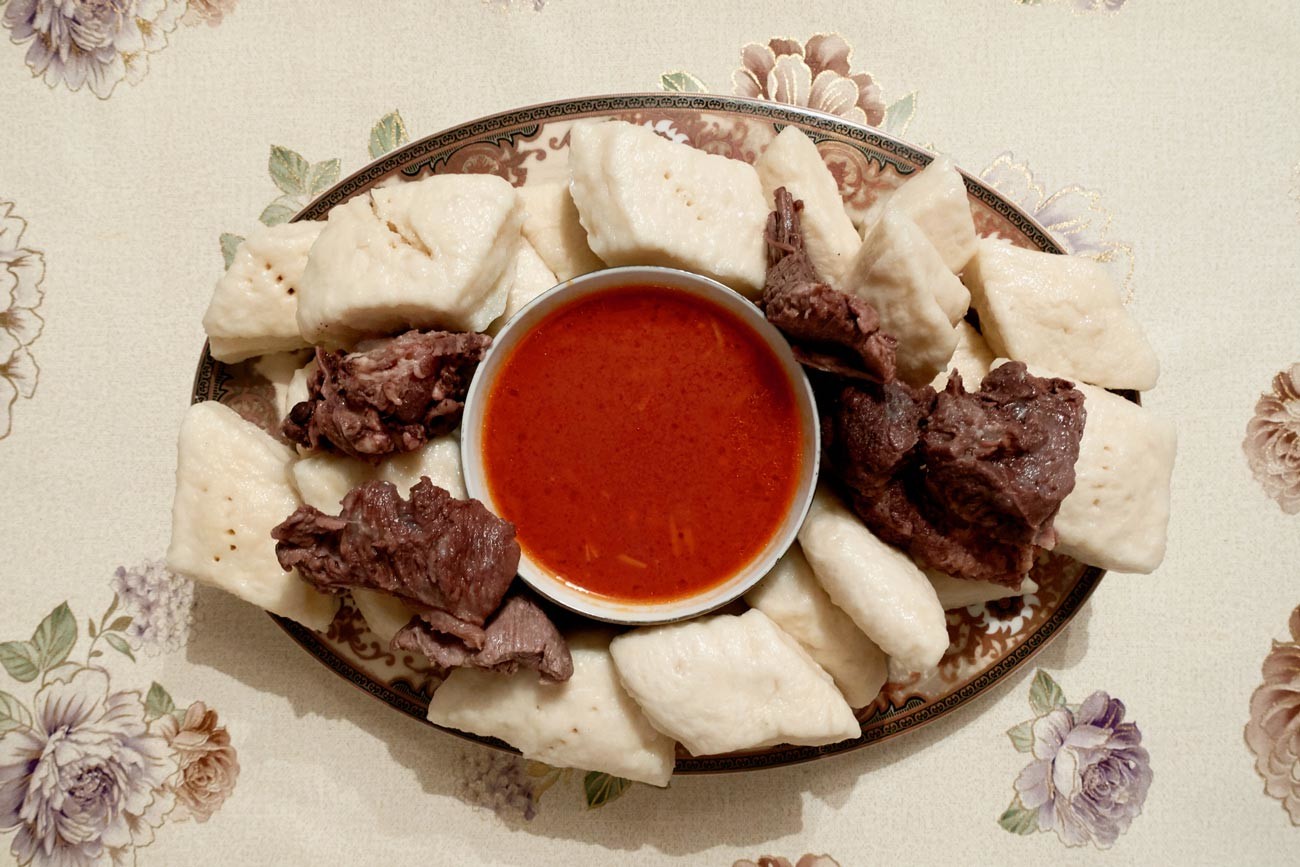 Dagestan is the most ethnically diverse republic of Russia. Around 30 different ethnic groups live here, and of course, each one has their own local dishes. However, the common denominator in these cuisines is lamb, spices, mountain herbs, as well as dishes made from unleavened dough. The most famous dish from Dagestan is chudu, which are thin flatbreads that are stuffed with greens, cottage cheese and minced meat before being fried in a dry pan and then oiled. Chudu are very nutritious, and a couple of these pies for breakfast will keep you full until dinner.

Dagestan also has its own dumplings, called kurze, which are prepared in the shape of braids and filled with meat, cottage cheese, potatoes and eggs.

But of course, the undisputed king of Dagestani cuisine is khinkal, made from boiled lamb with pieces of dough. Every ethnic group in the region has their own tradition for cooking them. Avars prefer to cut the dough into a large rhombus, Lezgins prefer small squares, and Laks prepare them in the form of ”ears.” 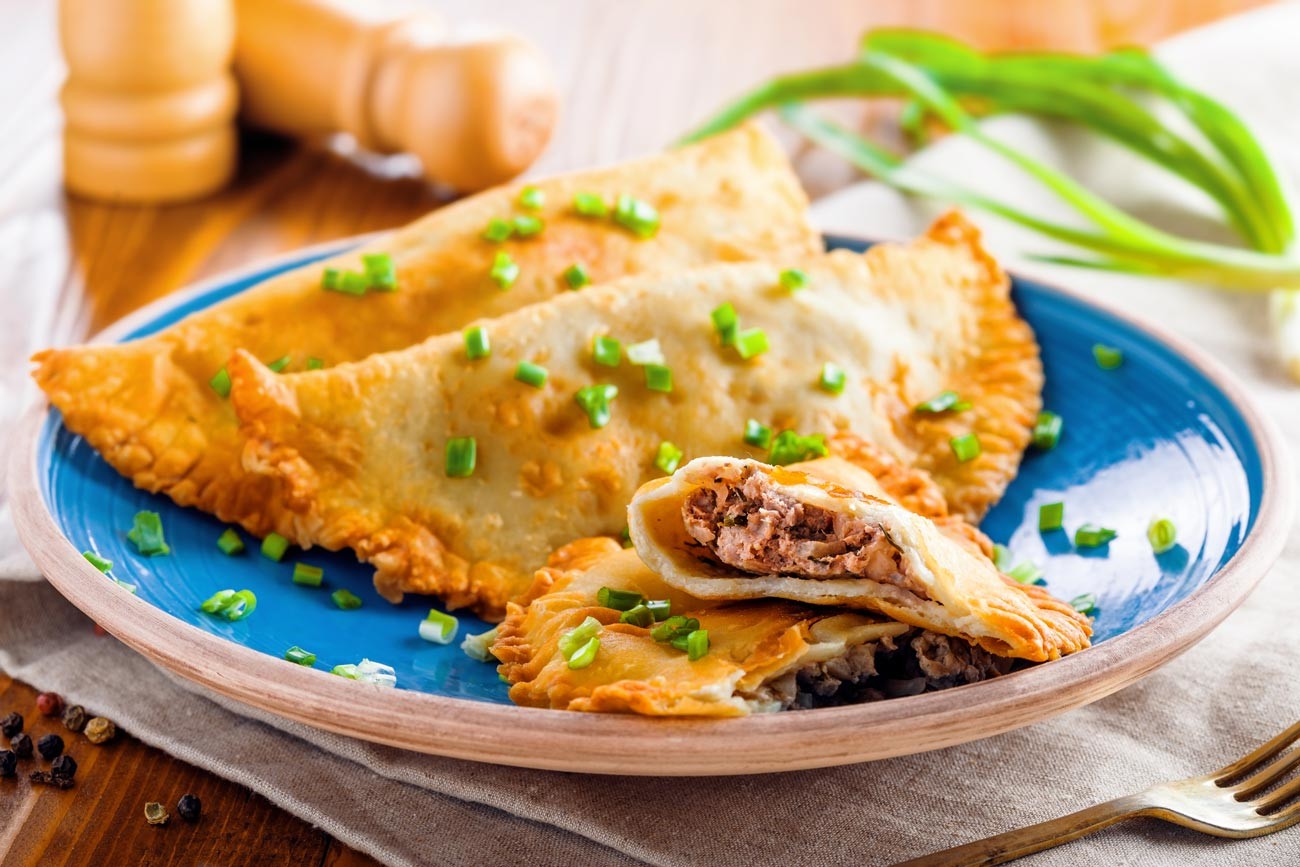 The main dish of Crimean Tatar cuisine is, of course, the cheburek, a deep-fried semicircle pie with meat. This is also the most popular street food throughout Crimea and the entire Black Sea coast.

And dessert, of course, is baklava, honey cake or nuts on a rope in grape juice called churchkhela. 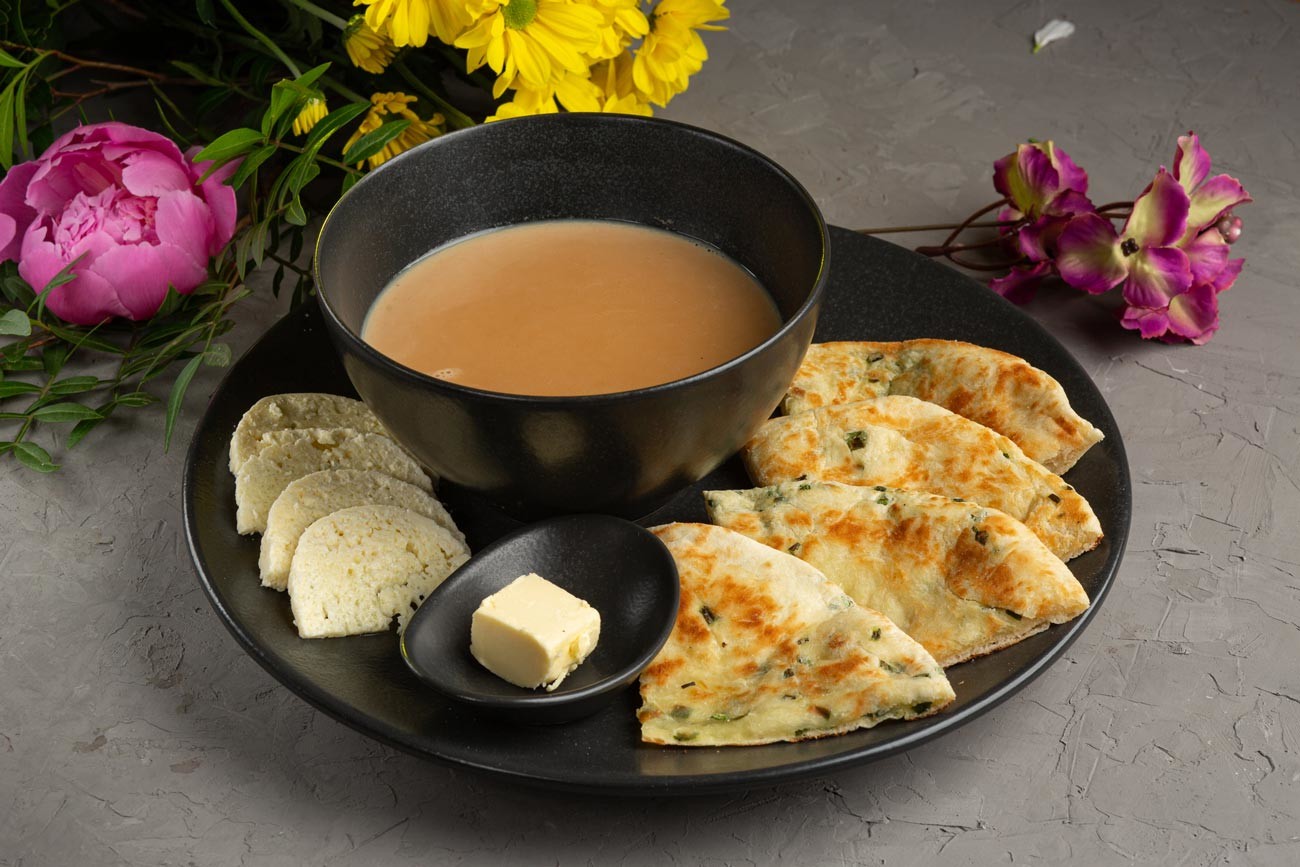 Kalmykia is a steppe region and one of the hottest areas in Russia, and the local cuisine is quite unique there. For example, there is makhan soup, made from large pieces of potatoes, lamb and onions. Or bortsoki, which is something like a mix of buns and donuts.

But the real surprise here is Kalmyk tea. One of the most common drinks is green tea with salt in milk or butter. A real nomad drink! In local stores, you even can find a ready-made mixture for this kind of tea that just requires adding hot water.

In general, milk is highly valued in Kalmykia, and locals sometimes even joke that vodka here is made from milk. 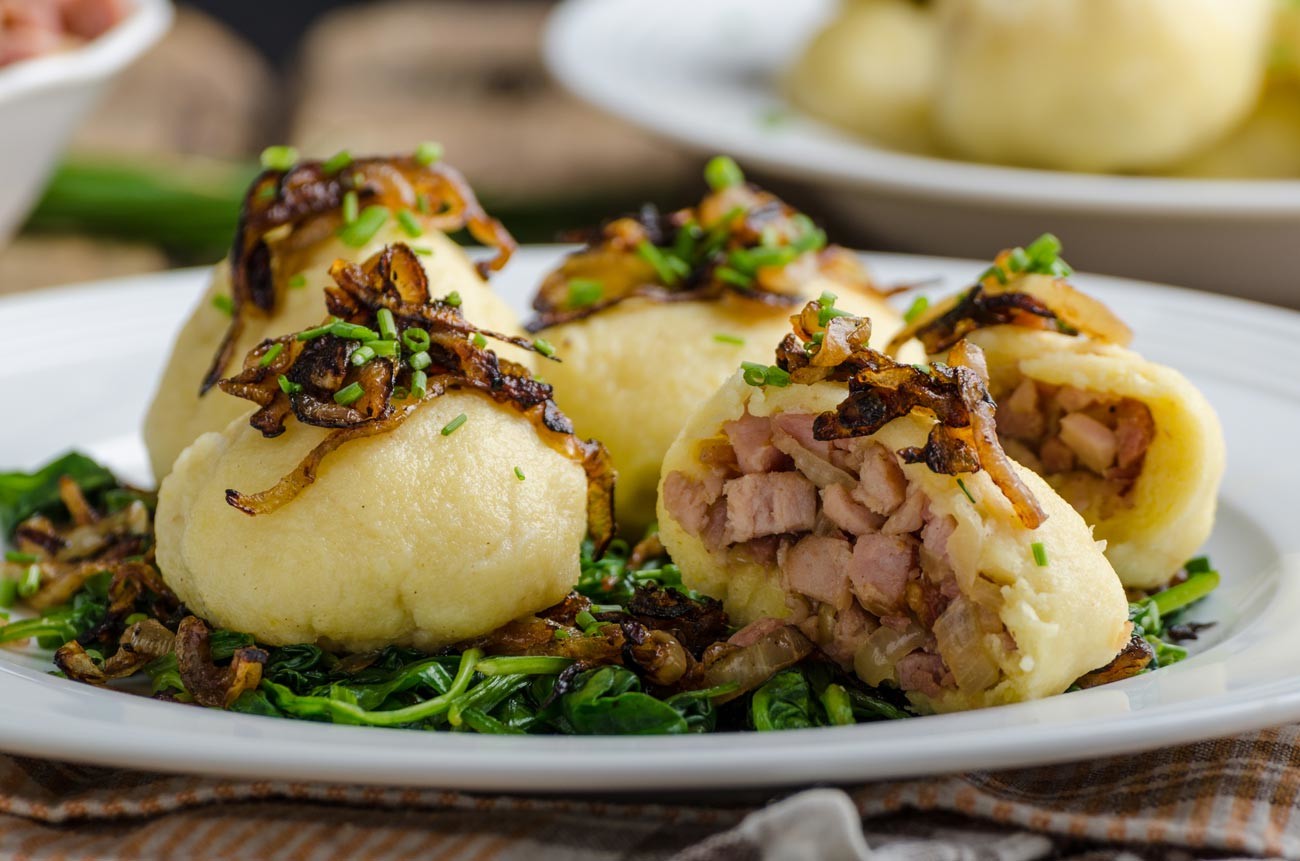 Buryat cuisine is widespread not only inside Burtatia itself but also in the neighboring Irkutsk Region and Transbaikalia. The first thing worth trying here is buuzi, a large and juicy type of steamed dumplings. There are also a lot of dairy products that are made to be stored for a long time. In addition to local varieties of cheese, there is also ayrkhan (tvorog balls) and date cakes from milk foam. Lovers of fried pies will especially appreciate khushuri.

Even the local street food is quite unusual here! Deep-fried buuzi, khushurs on a stick and burgers with a steamed bun—and all of them ready for take away. 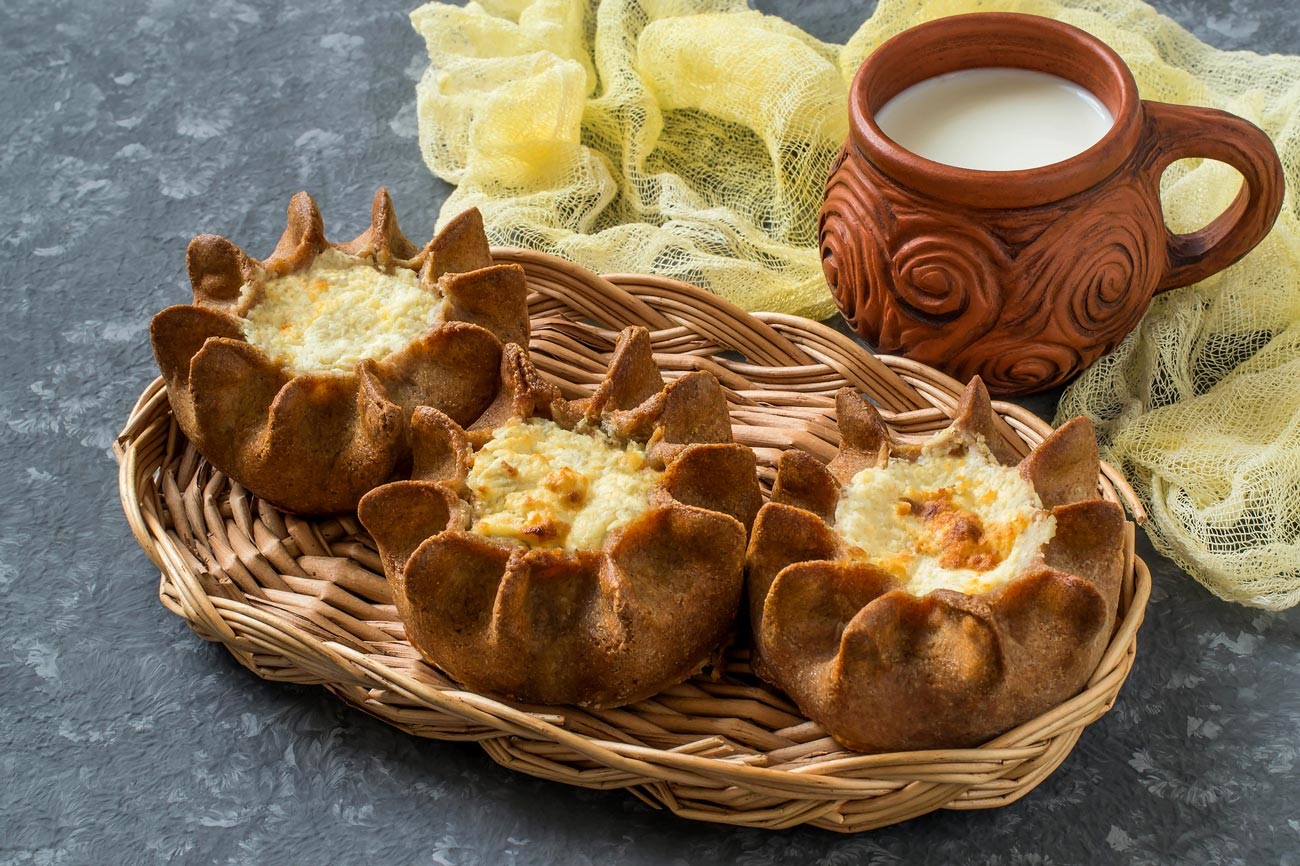 Karelian has a lot in common with Finnish cuisine. The main ingredient for its dishes is local fish, and there are lots of ways to cook it here. Try, for example, their fish soup with a clean or creamy broth, called kalaruoka or lohikeitto.

The most popular cakes here are called kalitka–a small open pie made of rye flour dough and filled with millet porridge or potatoes. It might sound rather dull, but they are actually really tasty! 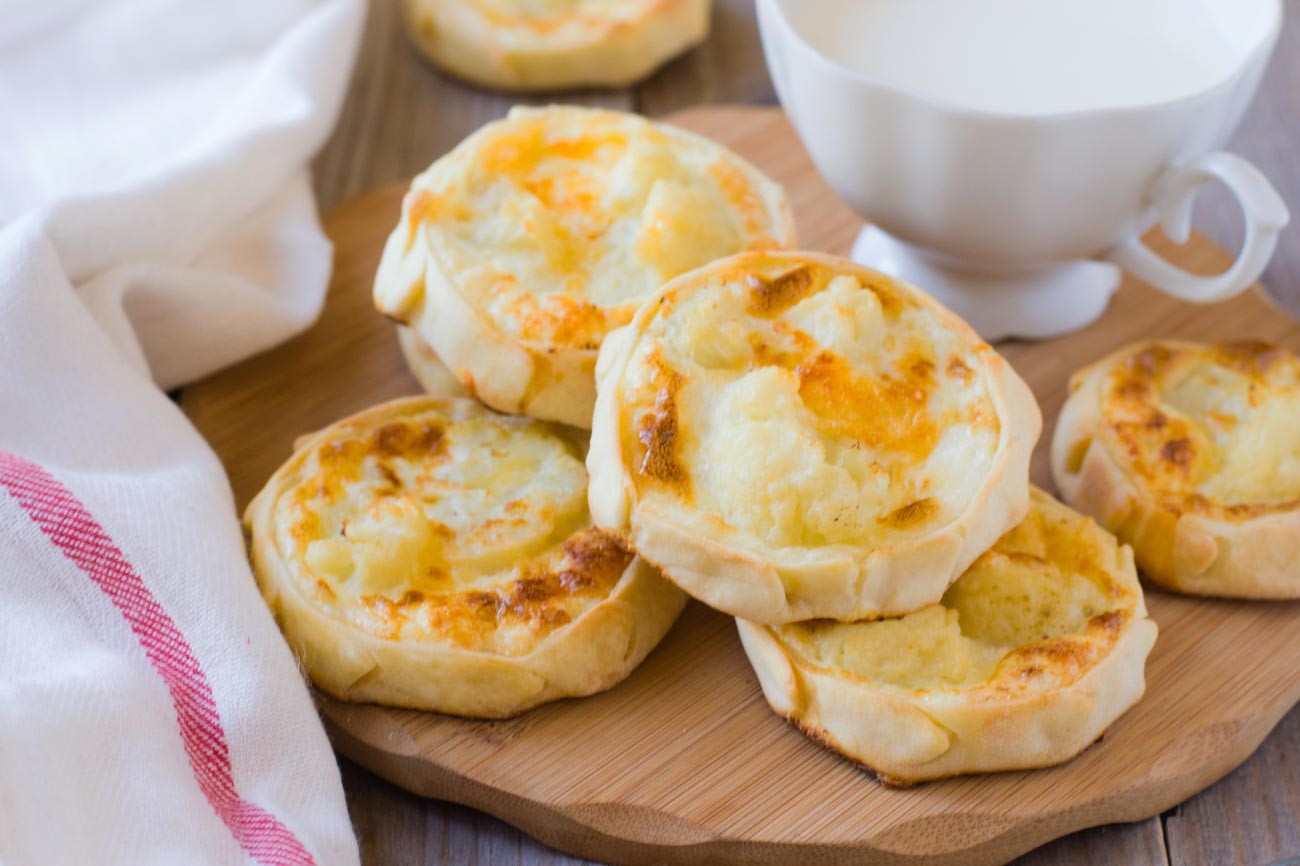 One interesting fact about Udmurt cuisine is that most local dishes are traditionally cooked in the oven and have names that prove it. Take for example perepechi, whose name itself is derived from the phrase “pered pechkoi” (“in front of the oven”) since these pies must be baked over a strong fire in order to turn out well. Udmurt flatbreads with a local sauce are called tabani and are similar in taste to Russian pancakes made in the oven. 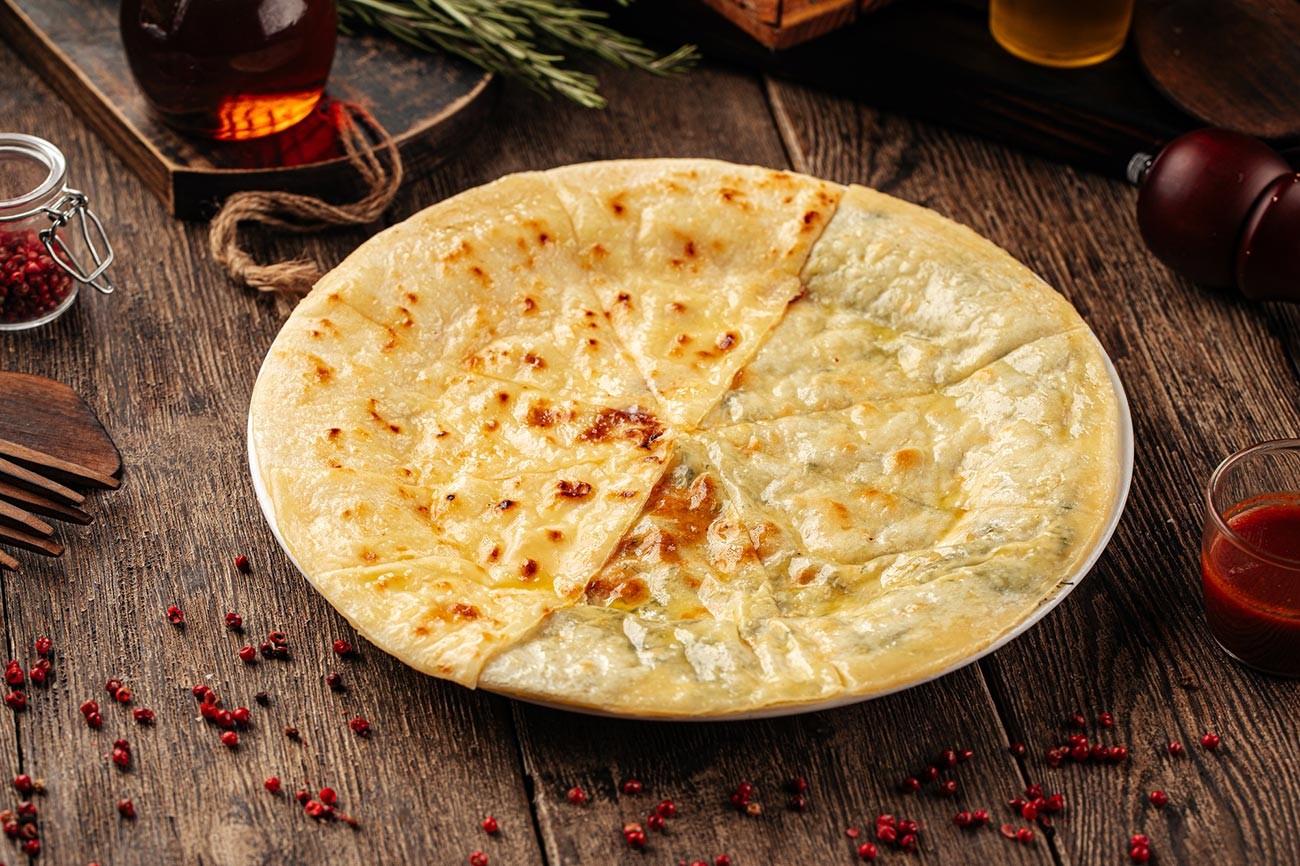 These two regions are inhabited by closely related ethnic groups, and their cuisines are very similar. The culinary pillar is khychin, a kind of flatbread with various fillings including potatoes, green with cheese, minced meat. You can find it everywhere, from kiosks on ski mountain resorts to posh restaurants. Just don’t think about calories when eating them!

Carnivores will definitely be happy here since locals usually cook all kinds of kebabs and grill. 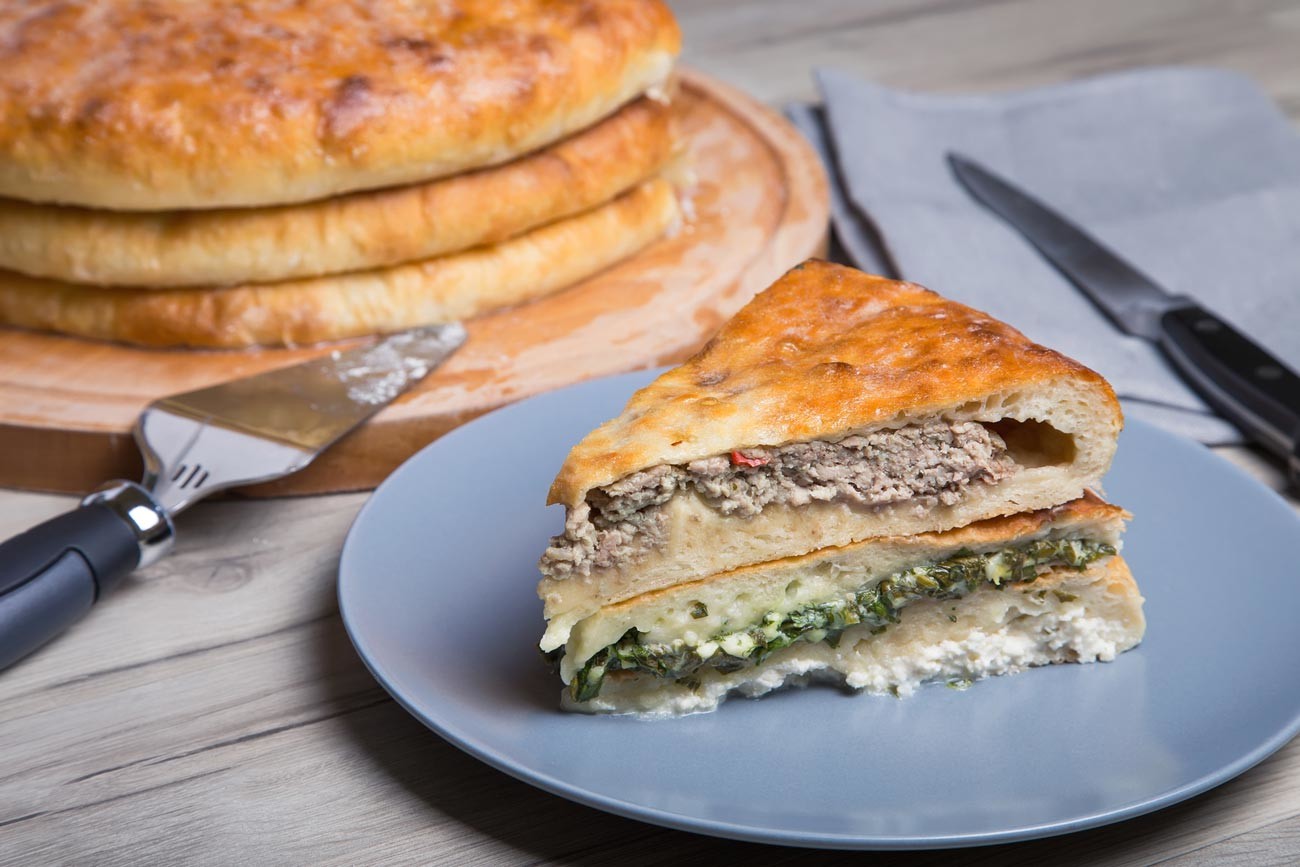 If you ever visit this small Caucasian republic, you will definitely never be hungry! The glory of Ossetian pies has spread far and wide, and they are as popular as pizza throughout the country.

This means you can actually try this dish almost anywhere in Russia and even abroad.

If using any of Russia Beyond’s content, partly or in full, always provide an active hyperlink to the original material.

Sat Oct 23 , 2021
SOUTHWEST HARBOR — When Pamela Parker and Bryan Stevens, owners of The Kingsleigh Inn Bed & Breakfast, entered Maine Public’s Dash of Maine “Masterpiece” Cooking Challenge earlier this month, they had no idea their recipes would end up winning a weekly round.  The entries, which included three offerings made at the Southwest Harbor inn, won […]